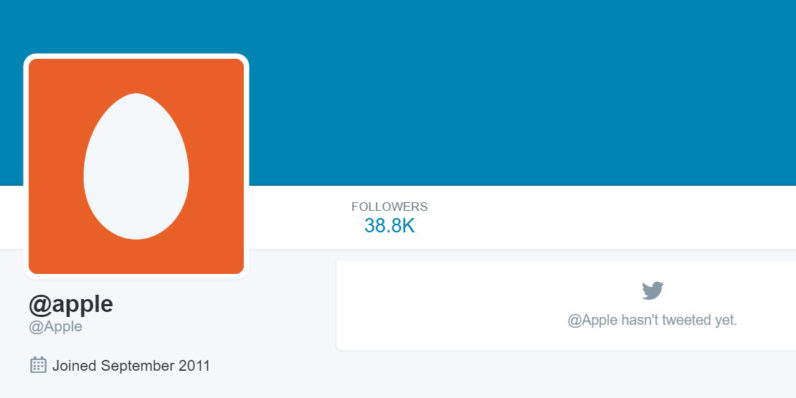 At long last, Apple has officially made its debut on Twitter.

The company added a profile image with its logo to the account today and also secured ‘verified’ status for it. It’s yet to tweet anything from @apple, though.

Of course, this isn’t Apple’s first time on the social network. It already maintains accounts for customer support, iTunes, the App Store, iBooks and Apple Music.

The account was first registered in September 2011, but hasn’t seen any activity until now. It isn’t clear if Apple was the first to score the account; it’s entirely possible that it was held by someone else prior to the company taking control of it.

While we can only speculate at this point, the timing of Apple’s arrival on Twitter is curious. The company will host an event on September 7, where it’s expected to launch the iPhone 7.

It’s possible that the company will use this account to promote the new device as well as the new iMacs, MacBooks and 5K display it’s reportedly set to unleash later this year. Naturally, the best way to find out is to follow @apple.

However, it’s odd that Apple didn’t seize the chance to secure a decent vanity URL for a Facebook page. Here’s facebook.com/apple right now: