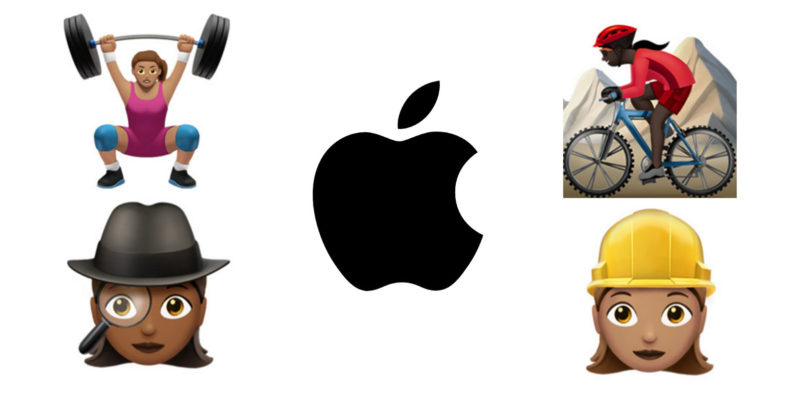 Hot on the heels of Google announcing it would allows users to switch emoji genders two weeks ago, Apple is now doing the same for iOS.

This means you can finally have a female construction worker, weightlifter, police officer, or any other previously male-only emoji. The latest developer preview for iOS 10 includes over 100 new emoji, according to BuzzFeed.

The changes are a result of new Unicode standards implemented in July. These introduced 11 new professional emoji, and added gender options to 33 existing ones. Of course, you can change skin tones for all these emoji as well.

It’s a particularly important move given Apple is giving its keyboard the ability to replace text with emoji; it would be pretty disingenuous to force women to have to use male emoji for their own professions and activities.

While these emoji are only available for developers at the moment, expect them to arrive for all devices running iOS 10 when it launches publicly this fall.

Read next: Calacanis: Twitter will eventually offer verified accounts to anyone using their real name