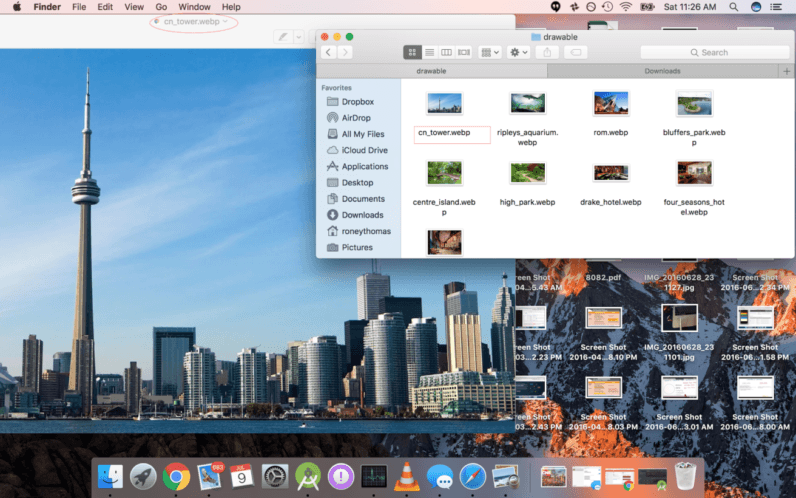 Apple’s Safari browser included with iOS 10 and macOS Sierra is testing WebP, Google’s own technology for getting webpages to load quickly.

WebP was built into Chrome back at build 32 (2013!), so it’s not unproven. It’s also used by Facebook due to its image compression underpinnings, and is in use across many Google properties, including YouTube.

According to CNET, the lone holdout for WebP is Microsoft, which never included in in Internet Explorer and has ‘no plans’ to work it into Edge.

Both iOS 10 and macOS Sierra are in beta, so so WebP may not make it into the final version at all.

But it’s hard to imagine Apple turning away tried and true technology that’s found in a more popular browser — one that’s favored by many over Safari due to its speed, where WebP plays a huge part. Safari is currently the second most popular browser to Chrome.

Interestingly, WebP isn’t mentioned in the logs for Apple’s Safari Technology Preview. That could signal that iOS and macOS are just a bit ahead of the curve there, or that Apple is just toying with WebP in beta software. It may also not be something Apple feels should be included in the beta version of Safari, which is positioned for Web developers.

If Safari can make good use of WebP — and there’s no reason to think it can’t — expect a future version to be lightning quick at loading webpages.

Read next: Netflix announces a second season of 'Making a Murderer'