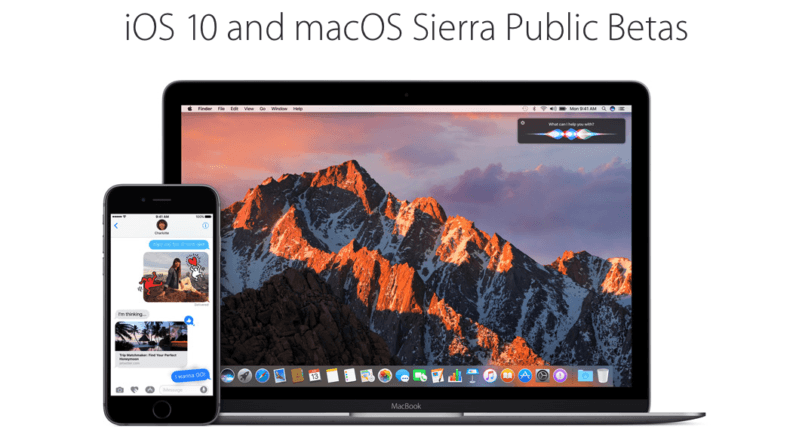 In addition to the macOS Sierra Public Beta with Siri, you can now try out iOS 10, too — but beware the beta.

Via Apple’s Public Beta portal, iOS 10 can be found in public preview for all users. Just keep in mind that it’s very beta, so it’s best left to devices that you don’t use daily (like an old iPhone).

You’ll have to sign up for Apple’s Beta Software Program, which registers your Apple ID. There’s also a long waiver (which you won’t read) essentially saying that you’re downloading beta software, so don’t get huffy if your phone doesn’t work normally.

From there, you’ll have to register your device in the program, which is as simple as heading to beta.apple.com/profile on the device you want to run iOS 10 on. After that, iOS 10 is ready for download!

Don’t run off yet!

I know, I know — you’re excited. Before you go downloading beta software, there’s one critical thing you need to do: backup your device.

If you’re using iCloud to back your device up, make sure you do so just before downloading the beta iOS 10. If you typically plug your iPhone or iPad into a computer and save downloads through iTunes — do that.

The reason you want to create backups is that — well, beta builds can be tricky. An app on your phone may cause some weird issues, or your device may not be stable enough for your liking (I mean, who wants to be on the train home stuck in a constant reboot loop?).

Should you decide to ragequit iOS 10, the backup lets you start over from the exact point you left off. All of your settings and apps will be waiting for you.

The Public Beta of iOS 10 will be available later today, so keep checking back. I can’t stress enough how important backing up your device is, so maybe do that while you wait!

Read next: Lyft's 'Premier' option has arrived to get you out of a Prius and into a BMW