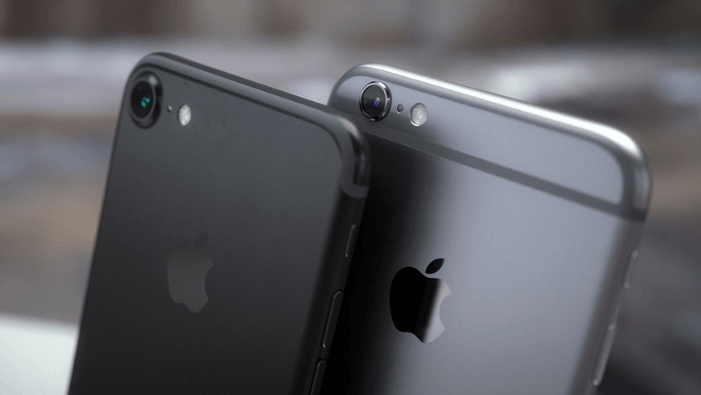 The next iPhone (we’re just calling it the iPhone 7 because who knows what it’s really named) may come with a 32GB base storage option, according to the latest rumor. It may not sound like much, but it’s actually a pretty big deal.

The Wall Street Journal — citing sources familiar with Apple’s plans — note the base storage option for the iPhone 7 will be 32GB rather than 16GB.

While 16GB is plenty of storage for basic operations, it gets a bit cramped when you start piling up apps and photos, two main culprits for reduced storage.

Some apps even store data locally on devices, so a 16GB iPhone fills up pretty quickly.

If the next iPhone has a base storage option of 32GB, what about the rest of Apple’s iPhone lineup? Will a 64GB upgrade still run you $100?

My guess is that Apple will keep the price point of the 64GB and 128GB models the same while bumping the base model pricing up by $50. At that point, it doesn’t seem quite as crazy to upgrade, and Apple makes the difference up (and then some, I’d assume) if you still opt for a 32GB iPhone.

Apple also wants us to buy the Apple Watch, which requires an iPhone — and storage. You can’t have an Apple Watch app without it making a home on the iPhone first — at least not yet. A larger base storage option makes it easier to consider the Watch.

The flip-side of internal memory is iCloud, which Apple is increasingly asking us to turn to. While it’s possible to use iCloud as a crutch for photos (you can optimize your phone storage by leaving full resolution images in the cloud while looking at less dense images on your phone), it doesn’t work that way for apps.

iCloud is also becoming a serviceable utility — not a forward-facing cloud solution. Apple will still use it to sync data, files and photos across devices, so you’re probably still looking at a monthly subscription.

Look, nobody’s asking for a 16GB iPhone; it’s just there.

Even if the phone is an extra $50, many users still subsidize the phone via carriers, so the monthly out-of-pocket cost is negligible. Besides, if the iPhone 7 is as iterative as some believe it will be, Apple will need some hook to encourage upgrades.