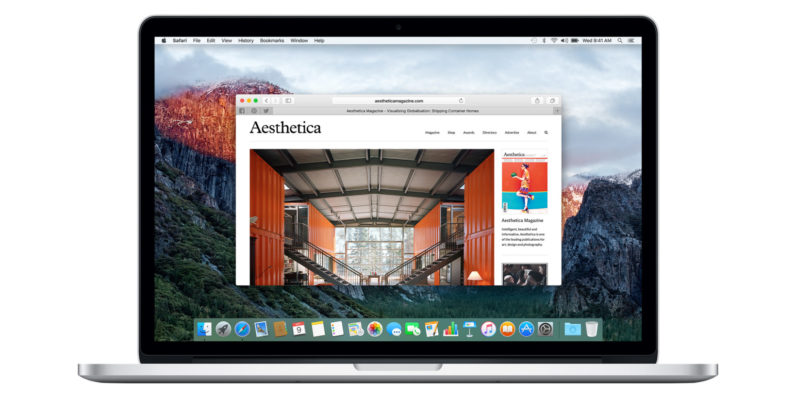 Adobe’s Flash plugin for rich media content on the Web needs to die a horrible death because it’s riddled with security flaws that can be exploited to attack your computer. Now, Apple’s joining Google and Mozilla in the effort to kill it off.

In a blog post, Apple developer Ricky Mondello said that when MacOS Sierra ships later this year, Safari will default to HTML5 content implementations on websites when available. If a piece of content requires a plugin, the browser will request your permission to run it before doing so.

Google issued a similar proposal for Chrome last month, which is set to be implemented in Q4 this year. However, it included a whitelist which named the world’s top 10 sites (YouTube, Facebook and Yahoo are on it), for which it would still run Flash. Safari has no such list.

Mondello noted that running HTML5 instead of plugins like Flash would bring users benefits like improved performance and battery life.

Hopefully, Web developers will take note and gradually phase out the use of Flash and other plugins over time, so we don’t have to deal with annoying updates and worry about vulnerabilities in them.

Next Steps for Legacy Plug-ins on WebKit

Read next: What will music be like in 5 years? 7 startups pitch their products in Cannes