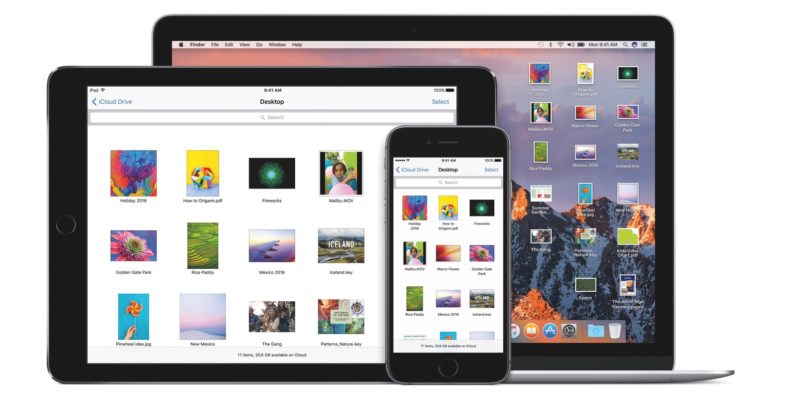 Consumers (read: probably you) don’t typically dig into their file system; they only get upset when they run out of space on their computer. That’s part of the reason Apple created its new, proprietary file system — and it’s pretty awesome.

What the Apple File System (APFS) does isn’t easy to nail down in one sentence, because it does so much (and apparently really well). The first thing to note is that it’s meant for all of Apple’s platforms — macOS, iOS, watchOS and tvOS — and supports both Flash and SSD storage.

For most, macOS is the only platform where APFS will ever be noticeable; for watchOS, iOS and tvOS it’s a (better) means to an end.

One of the most exciting features is space sharing, which helps partitioned drives utilize space as needed.

If you had a 500GB storage drive with two 50GB partitions, and one was barely used while the other was reaching it’s limit, space sharing wouldn’t limit the nearly-full partition to it’s designated limit. Instead, it would note the free space available to both drives as 400GB — the total free disk space. Rather than create rigid partition limits, APFS simply treats them as containers that can expand as needed.

Files that are duplicated won’t take up double the space on your drive, either. If you had a 1GB drive you duplicated, the copy would simply access the original version; you won’t be taking up 2GB space with one document.

If you make changes to the original version, new data is copied to a separate block. In that respect, cloning becomes a type of version history.

APFS is also really secure. It employs encryption to its core, and can support encryption down to individual files.

Why did Apple create APFS?

As Apple tells it, the current file system — HFS+ — has been around far too long. It was created in a time when we still used floppy disks and hierarchal storage.

A core reason Apple created APFS was too be nimble. It says HFS+ was getting bloated, and hard to support. When Apple added a new feature, the technical debt incurred was profound; a crew of engineers had to go back and make sure the new bits didn’t break everything else.

It could have added (at least some of) the new features APFS brings to the table to HFS+, but it was a slippery slope.

For instance: APFS supports timestamps down to a nanosecond. Asking HFS+ to do that would require a lot of legacy code to be massaged into shape, or at least coerced into not freaking out with so much activity going on.

Another APFS feature HFS+ likely would have balked at is fast directory sizing. When you access a drive, it tells you how much space is available — referencing things like the aforementioned partitions. Monitoring what is essentially a fluid drive doesn’t fix HFS’ rigid hierarchal structure.

Why you should care

Power users are going to find favor and fault with APFS; it either didn’t go far enough with the improvements or is the perfect replacement for HFS.

Consumers will likely be happy with it, if only because of the way APFS manages file systems for you. It’s also good for computers with partitioned drives used in family homes; a dearth in one partition is no longer a burden to others.

And if you really want to get tricky, you can use APFS on external drives.

Apple is effectively making file systems a boilerplate issue for the average user, which is also realized with macOS Sierra’s move to offload files to iCloud when your drive is getting full.

Between Sierra and APFS, you may not ever have to worry about your file system again. But if you do, there are enough power-user features to keep you happy.

Read next: Apple patent shows the company might be toying with a wrap-around iPhone screen