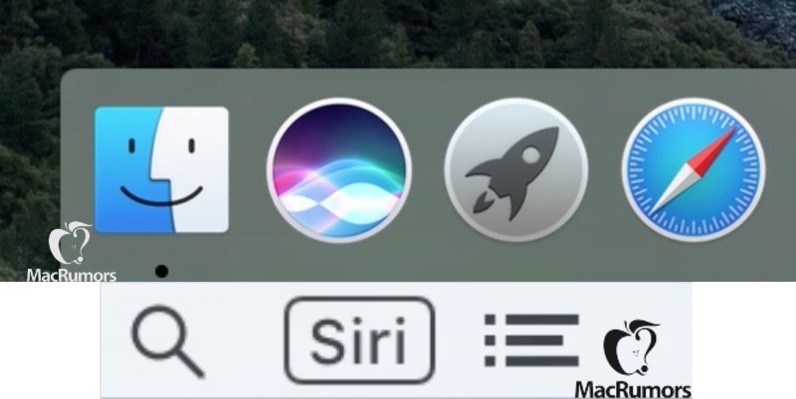 Siri on the desktop is something we’ve long expected was in the works, but there’s new evidence Apple will soon make it a reality — except they don’t seem to know where Siri should live.

Screenshots obtained by MacRumors allegedly show a Siri icon for the menu bar as well as a dock icon. Clicking on either would presumably launch Siri as we’ve come to know her on an iPhone or iPad (or Apple Watch!), with a colorful line flexing as we speak to her.

There are a couple of issues, here. First, Siri doesn’t even have an app for iOS, nor does she have a presence in Settings. Siri doesn’t like to be seen — just heard.

While the obvious distinction there is that Siri technically lives in the Home button, we’re still asking if she needs two locations on the desktop. Adding Siri to the menu bar as well as the dock is overkill; if Apple were serious about a desktop assistant, a static, un-editable menu bar icon makes the most sense.

If this is anywhere near ready for release, we’ll likely hear more about it at WWDC, Apple’s developer event that runs from June 13 through June 17.