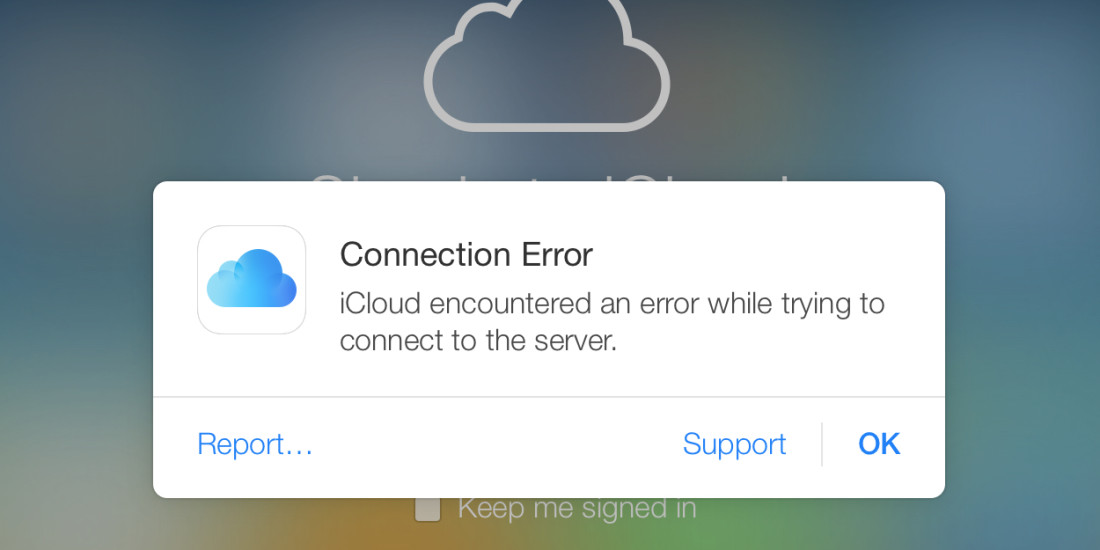 Some users are reporting issues connecting to Apple’s iCloud services this afternoon. The issue affects those attempting to sync files to iCloud as well as services that require access to Apple’s servers, such as email, calendar and to-do list applications.

iCloud appears to be down currently. Don't be surprised if you see status code 400 errors until it comes back.

Apple hasn’t officially released a statement to confirm, and it doesn’t appear to be affecting all users or services, but a significant number of people have taken to Twitter to voice their displeasure over the un-announced outage.

@Lizzyhawkes18 Having some issues with your iCloud services? We can help. DM us your device model and we'll go from there.

The service is working intermittently for some members of the TNW team. At times it makes the connection while others it completely fails and bombards my screen with error messages. You?

Read next: Never say never, Kanye -- 'The Life of Pablo' is now available on Apple Music and Spotify