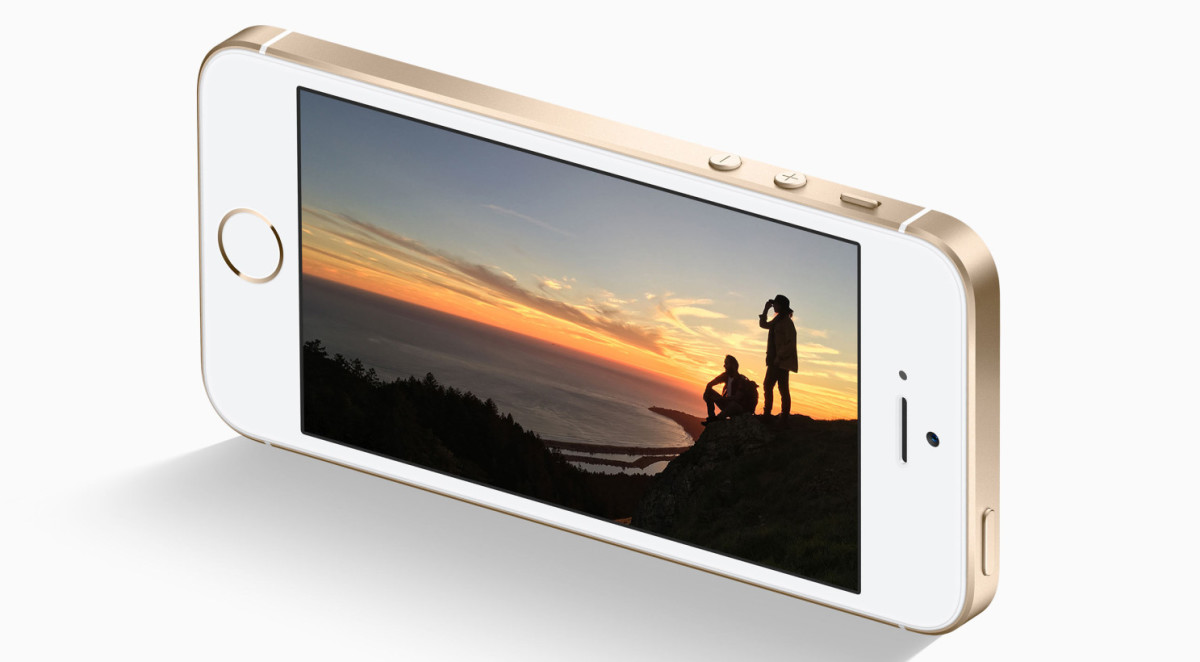 Last week, Apple unveiled the newest iteration of the iPhone, a product line that accounts for two thirds of the company’s revenue: the iPhone 5SE.

Unlike previous announcements, in which Apple has steadily increased the size of its phones, it went smaller. Not only did the company go smaller, it also recycled the chassis of an older model, the iPhone 5.

A week later, pre-order figures emerged from China – with more than three million of the handsets purchased before the phone hit the shelves according to CNBC.

With China becoming increasingly important to Apple’s bottom-line, this is a good sign for the company. However, no sooner had everyone in Cupertino slapped themselves on the back for working out how to sell the marketplace a bit of old rope, Samsung is allegedly doing the same. The South Korean chaebol is shrinking its flagship Galaxy S7 to 4.6-inches and calling it the ‘Mini’.

Xiaomi, Apple’s Chinese shadow is also supposed to be jumping into the shrunken screen pool. We have reached out to both Xiaomi and Samsung for comment and will update the story if we hear back from them.

But why the sudden shift down? When Sony released its range of Xperia Z5s, they had a smaller 4.6-inch version that no one seemed that excited about?

As Greg Joswiak, Apple’s head of marketing highlighted in the keynote last week, Apple sold 30-million 4-inch iPhones last year, making a small, but significant contribution to its bottom line. So from a pure business perspective, it makes sense, right? If people still like smaller phones, then make more of them?

But I think there’s more at play here. After Apple announced its record last quarter in January this year, it also said that next quarter things wouldn’t be quite so rosy. This is the first time Apple will post year-over-year declines in sales for 13 years. Of course, Apple is incredibly profitable still, but this shouldn’t be overlooked.

The company has been consistently criticised for its over-reliance on the iPhone to generate its record-breaking profits. It’s one reason why Apple’s keynotes have been progressively more diverse in their offering. Apple needs another iPhone or it risks being the victim of its own success.

“Some investors are starting to punish Apple for not being able to do the impossible,” Dr Aleksi Aaltonen, an assistant professor of information systems at the University of Warwick and cofounder of smartphone app Moves told memeburn.

“The longer the company keeps breaking its iPhone records, the more likely the following quarter shows that the product has finally peaked. Lots of analysts predicting quarterly sales figures and pondering if the inevitable peaking has finally happened diverts attention from what really matters to the company”.

Last week’s keynote covered privacy, healthcare, the environment, Watch straps, a new TV OS and its green credentials before it even got to the reason why everyone was there: the hardware.

Apple is facing low or negative growth in its major product segments, suggest IDC, a global market research firm. The company’s balance sheet may look like a CFO’s dream, but Apple is heading into a challenging period in which growth will stop being double digit every quarter and more in line with a traditional tech giants like IBM.

“With heavy saturation in many mature smartphone markets such as the US, Europe, and China, many vendors have placed a renewed focus on pushing premium-looking mid-tier devices as a new value proposition to consumers in both developed and emerging markets, ” Anthony Scarsella, IDC’s research manager said in a statement in January.

A more affordable 4-inch phone like the SE is designed to attract first-time buyers in markets such as India and China who have traditionally been put off by Apple’s premium price tag.

By lowering the barrier of entry it brings fresh blood into how Apple really makes its money: by keeping you locked into its vast ecosystem of apps and services. Apple scoops up 75 per cent of the app economy revenue despite Androids apps out-downloading Cupertino by two-to-one.

Whereas Google sells its wares off the strength of the information it has about you, Apple does it through its ecosystem.

The iPhone is a gateway drug in which Apple has a direct way of up-selling users to purchase tablets, TVs and anything else in its growing line up. It’s a well-established fact that once you pop, you can’t stop. Brits own at least three Apple devices, and 10 per cent of American homes have more than five.

The SE is also a rearguard action from Apple to defend its market share from the Chinese triumvirate of Lenovo, Huawei and Xiaomi. The three have experienced huge growth over the past 12 months with the majority of sales coming from outside its native China.

Why are other companies following suit? Well, technically other manufacturers have offered a range of screen sizes to capture a broader section of the market, so Apple is following suit. But Apple’s pain points are often a concentration of the the industry’s. While iOS might be a different ecosystem from Android, smartphone manufacturers have all faced maturing markets and a saturation at the top-end of the market.

Apple’s SE, while a smaller phone is also an embodiment of how Apple will continue to grow: through incremental changes and improvements to its existing line up. It’s a company that’s averse to the moonshot strategy of Alphabet, instead focusing on improving supply chain efficiency and opening up more markets to its shiny products.

Most believe Apple is making an electric car. But predictions see the earliest prototype not being available till 2019 – and it will no doubt face similar problems to Tesla when it comes to manufacturing large amounts of batteries to scale.

The future of Apple is still bright, but it won’t quite be as sparkly as the last 10 years.

Read next: Airbnb’s new feature does nothing to address one of its key problems