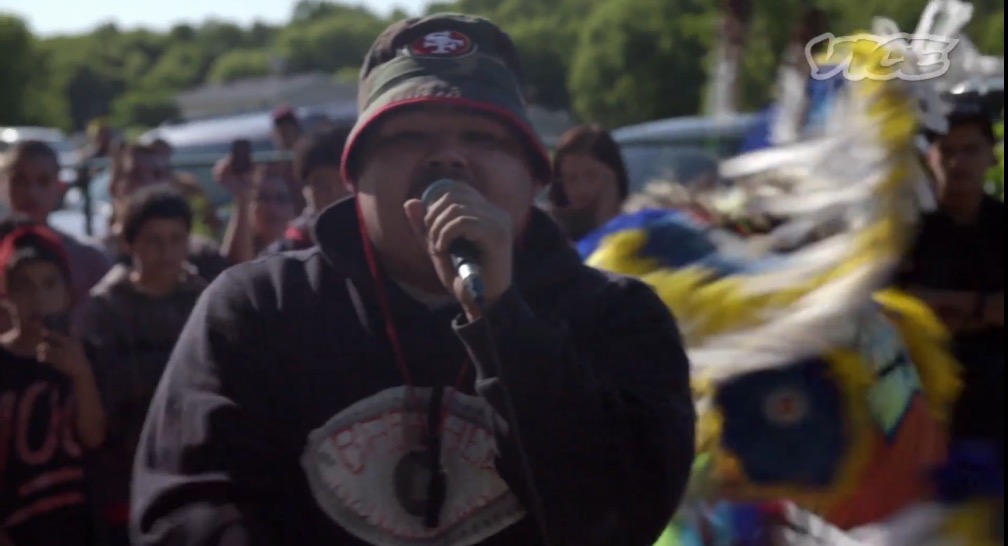 We’re pretty certain Apple is going to start putting some serious money into exclusive, showbiz-focused video content in a bid to tempt people to its paid Music service with the promise of big names and big-budget production.

But, something that shows how the company might keep it a bit more real and start telling the stories of people who aren’t always in the spotlight comes in its first six-part documentary series, created with Vice, called The Score.

The first episode, ‘Reservation Rap,’ explores the deep-running social tensions between mainstream America and its Native American population, told through the universal medium of music by visiting the Ojibwe tribe heading up Minnesota’s hip hop scene.

“I thought y’all were extinct,” one of the as-yet-unknown stars of the first episode says of people’s reaction to his culture.

An upcoming episode will see Apple and Vice visit South Africa, a country with a rich musical heritage but long-standing racial tensions.

Interestingly, each part also comes with its own companion playlist, giving you a nice take-home from each of the cities the series visits.

The videos are polished, a bit wild, yet investigative and poignant, so the link up with Vice looks to have been a successful one.

Read next: Vevo now has more personalized feeds with help from Spotify and Twitter