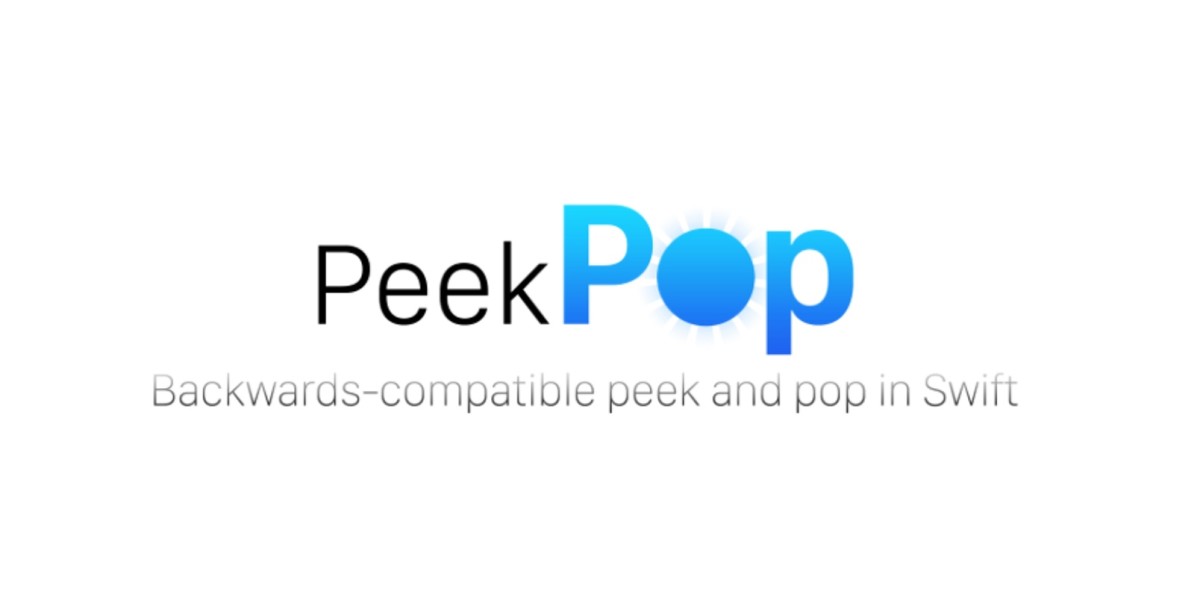 Chances are, you don’t have an iPhone 6s or 6s Plus. That means you don’t get to take advantage of 3D Touch, but a new GitHub repository named PeekPop could bring all the peeking and popping fun of 3D Touch to older devices.

With Apple’s newest iPhones, a new screen assembly brought the ability to sense how forcefully you were touching the screen. That allows users to do things like peek at an email or video without popping it open.

It was technology Apple first toyed with on the Apple Watch under the guise of Force Touch.

Written in Swift, PeekPop is a “faithful recreation of the peek and pop animation,” and uses an API “almost identical” to Apple’s own. It runs on iOS 8 or better, and allows developers to customize the pressure sensitivity for their apps.

The benefit here would be a seamless experience across devices. I love 3D Touch on my iPhone 6s Plus, but the iPad mini on my desk still doesn’t have it (no iPad has it, to be fair). With PeekPop, it could, and I’d likely not know the difference when using apps I have on both devices.

It is different, of course. PeekPop doesn’t alter the hardware in any way, so it’s a workaround that mimics functionality. But the majority of iOS users don’t have the newest devices, so it’s easy to argue this framework is more useful.

Developers who want to give it a shot can check out the GitHub repo. If you’re worried about your codebase getting out of hand, app thinning should take care of that for you.

Read next: Google's new rules for Material Design will have Android apps looking like Apple designed them