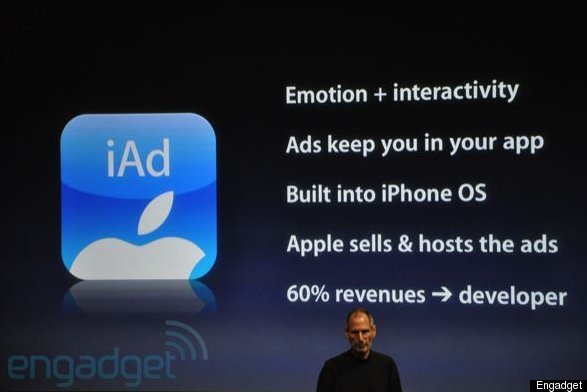 After a report by Buzzfeed earlier in the week indicating Apple was rethinking its iAd App Network, the company today announced it would be shutting down the service effective June 30.

iAd made waves after its announcement in 2010, under the promise of more interesting, interactive ads that people would actually want to click on. In practice it seems Apple’s strict control over the network may have made it less profitable than originally predicted.

A message on Apple’s Developer site describes the closure:

The iAd App Network will be discontinued as of June 30, 2016. Although we are no longer accepting new apps into the network, advertising campaigns may continue to run and you can still earn advertising revenue until June 30. If you’d like to continue promoting your apps through iAd until then, you can create a campaign using iAd Workbench. We will continue to keep you updated, but if you have any questions, contact us.

That means apps with ongoing campaigns can continue until that date, but Apple isn’t accepting any new apps into the iAd App Network as of today.

To be clear, this doesn’t mean iAd itself is shutting down. Though there’s no official word on how Apple will replace the network yet, Buzzfeed’s report suggests the company will let developers have more control over their advertising campaigns, including submitting their own ads rather than forced into a set of Apple-curated ones.

Read next: What to consider before creating your next digital marketing strategy