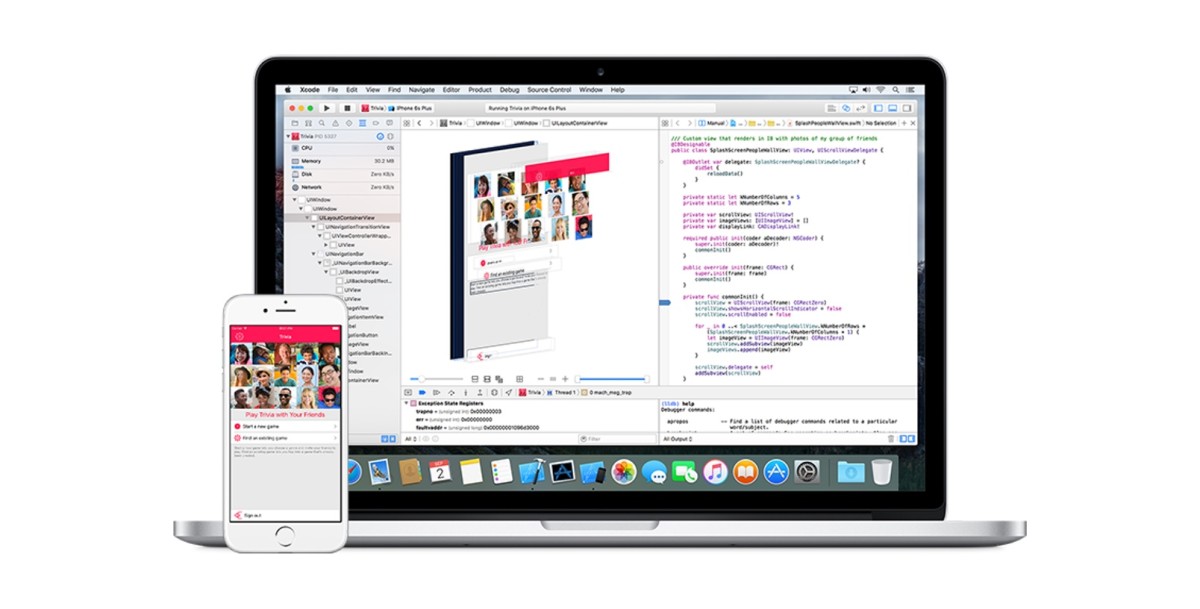 In addition to a new iOS beta, Apple has also released an Xcode beta which has features like better code completion and support for alternative Swift toolchains.

Code completion will now happen in fewer keystrokes, or at least that’s how Apple has designed it. It will also give better suggestions based on what you’re working on:

Code completion provides better matches with fewer keystrokes and makes it easier to find what you’re looking for. You can type just the uppercase letters of a method name. Typing “myDelegate.tveh”, where myDelegate is a UITableViewDelegate, gives tableView(_ tableView: UITableView, estimatedHeightForRowAtIndexPath indexPath: NSIndexPath) -> CGFloat as the first completion. You’ll also get completions that better match your intent, so typing “myView.color”, where myView is a UIView, gives every property containing the “color” substring, like “tintColor” and “backgroundColor”. (22429862)

If you’ve downloaded a new Swift toolchain from swift.org, Xcode will now support it. It will also index, build and debug based on that toolchain’s tools instead of Xcode’s default tools.

Unfortunately, Xcode features like playground and code migration won’t work with alternative toolchains. If you’re interested in giving the beta Xcode a shot, it can be downloaded via Apple’s developer portal.