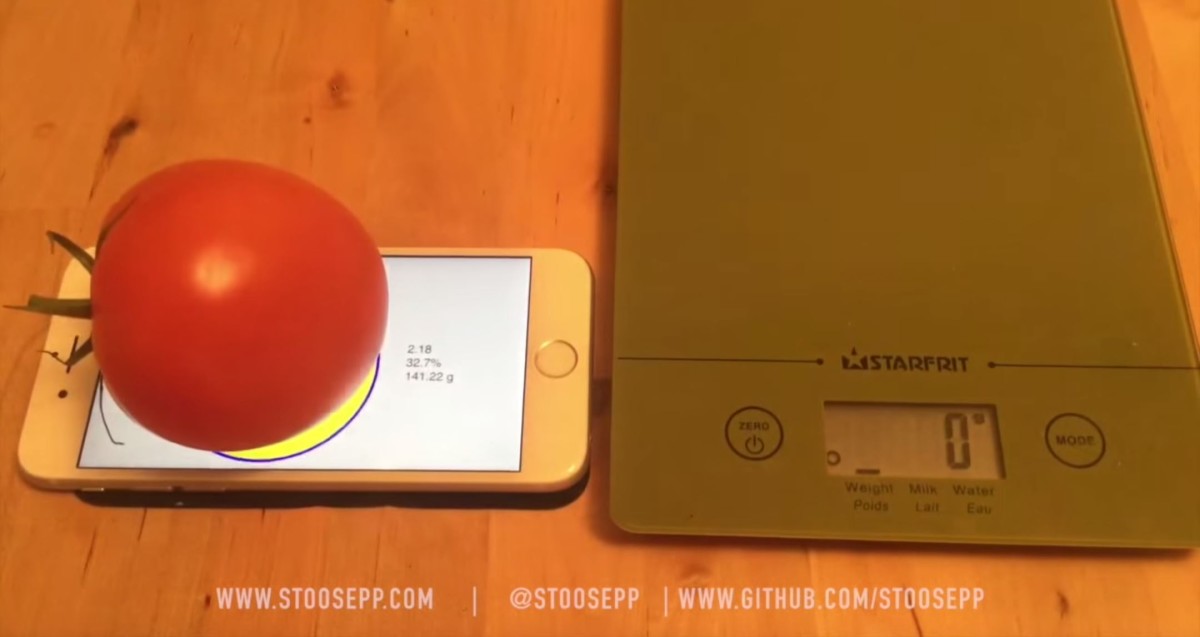 Back at IFA last month, Huawei surprised the world by beating Apple to the punch with Force Touch pressure-sensitive technology on its phones… and then not doing much with it.

One thing it could do, however, was weigh oranges.

Not to be left behind, developers sought out a similar solution for the iPhone 6s. Thus the Plum-O-Meter was created, an app designed to help developer FlexMonkey choose the heaviest plums:

Here at FlexMonkey Towers, the ever beautiful Mrs FlexMonkey and I love to spend our Sunday mornings luxuriating in bed drinking Mimosas, listening to The Archers omnibus and eating some lovely plums. Being a generous sort of chap, whenever I pull a pair of plums from the freshly delivered Fortnum & Mason’s hamper, I always try to ensure she has the larger of the two. However, this isn’t always easy, especially after the third of fourth breakfast cocktail.

3D Touch to the rescue! My latest app, the Plum-O-Meter, has been specifically designed to solve this problem. Simply place two delicious plums on the iPhone’s screen and the heavier of the two is highlighted in yellow so you can hand it to your beloved without fear of being thought of as a greedy-guts.

Unfortunately, that app can only display weight as a percentage of the screen’s maximum allowable force, so it’s not much help for your next baking recipe. For your culinary needs, Stoo Sepp expanded on FlexMonkey’s code a bit and calibrated the screen using a kitchen scale and a tomato:

In both cases, the iPhone measured slightly different numbers depending on where the fruit was placed, so don’t expect it to replace your fancy kitchen scale yet – though it’s possible someone could refine the code later to account for variances across the display.

Importantly, the pressure sensitivity only seems to work with soft-skinned fruits and vegetables, as it could not detect a potato. French fry fans will be disappointed.

Still, the question remains whether the iPhone 6S can actually weigh oranges or, better yet, apples. And why are we even weighing stuff on our phones?

These are mysteries I’ll leave for enterprising developers to answer. If you’re one of those, you can check out the source code for the Plum-O-Meter over on GitHub, and Stoo Sepp’s modifications here.