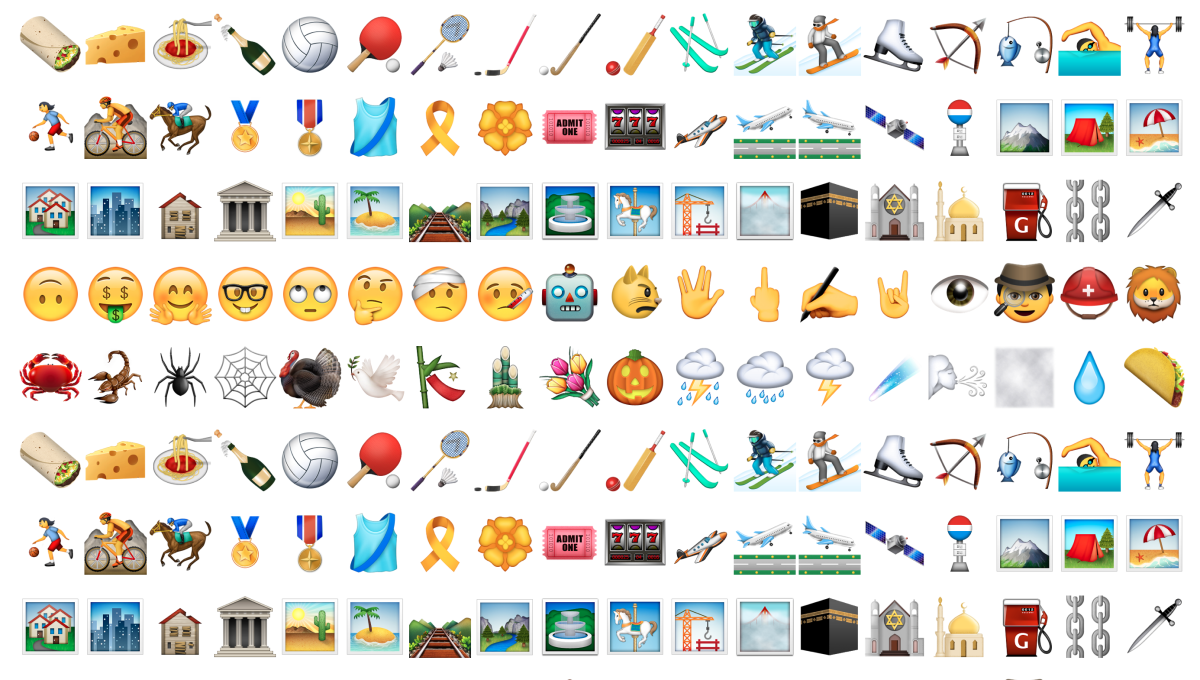 Are you hanging out for all those delicious new emoji? You can get them by updating your phone right now.

If you download iOS 9.1, you’ll get access to more than 50 new emoji from the Unicode 8 update including a taco, middle finger, unicorn, burrito, cheese and a ton more.

To update to the emoji-laden iOS 9.1 on your iPhone, head to Settings, General then Software Update and let the installation complete. It should take just a few minutes and you’ll get all the new emoji.

Heads up: you might not see the update straight away, as it rolls out around the world gradually.

Be warned; if you send the new emoji to a friend with an older iPhone, it’ll appear as an alien instead.

If you want to know every single emoji that’s been added to iOS 9.1, check out our exhaustive guide here.

For the finer details of what else is in iOS 9.1, here are the release notes:

This release includes new features, improvements and bug fixes, including:

Live Photos now intelligently senses when you raise or lower your iPhone, so that Live Photos will automatically not record these movements

Over 150 new emoji characters with full support for Unicode 7.0 and 8.0 emojis

Improved performance while in Multitasking UI

Resolves an issue that zoomed the content of some apps

Fixes an issue that caused activation errors on some carriers

Read next: Our ultimate guide to the new emoji in iOS 9.1