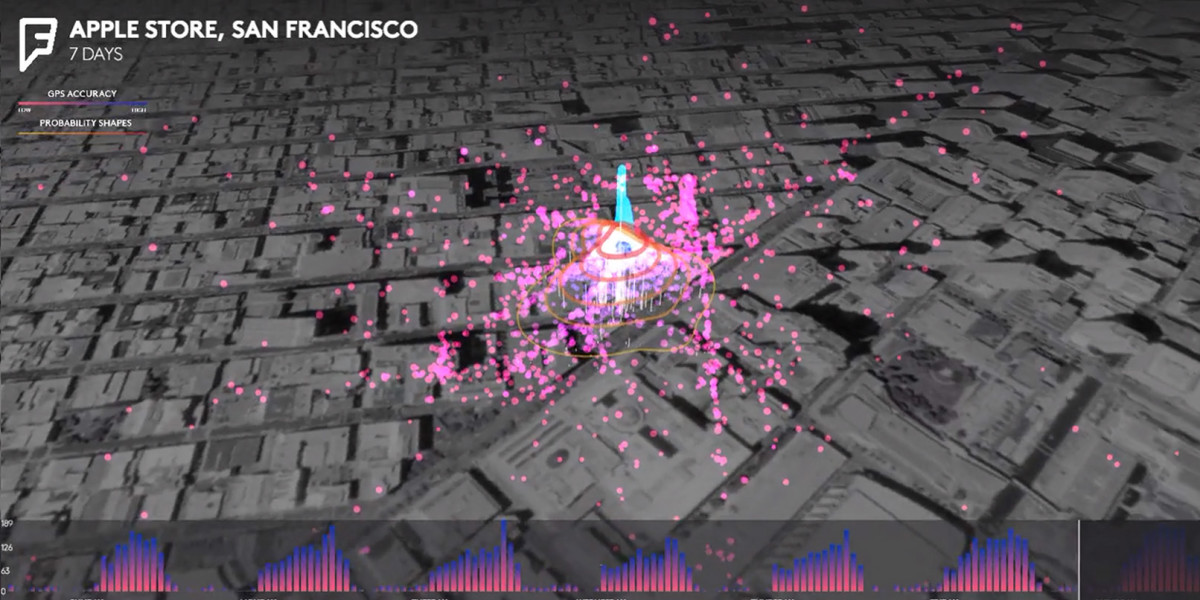 If you’re wondering how many people will buy new iPhones when they launch this weekend, Foursquare has a good guess: Between 13 million and 15 million.

The company, which recommends things to do and places to based on your location, analyzed foot traffic at Apple stores leading up to the launch of the iPhone 5, 5S, and 6 and combined it with Apple’s public sales data to come up with its prediction.

In the visualization below, you can see what foot traffic to the One Stockton Street Apple store in San Francisco looks like through a normal week.

Foursquare predicts that launch day foot traffic will be about 360 percent of a typical Friday, which means that iPhone sales could be between 13 million and 15 million over the weekend.

That’s close to Apple’s own estimate: Last week, it said that it expected to ship more than 10 million units during the 6s launch weekend, exceeding figures from when the iPhone 6 hit store shelves.

The company has user location data for the past six years spanning more than 7 billion check-ins at over 65 million places. It’s the first time Foursquare has used this data to predict sales.

Of course, it notes that it may not be entirely accurate as its visit data is only one factor that helps predict sales figures; there are also pre-orders and carrier sales to take into account.

Still, the company believes that its data provides a large enough sample size to be a strong indicator of iPhone sales.

We’ll know soon enough if Foursquare’s bet was right on the money.