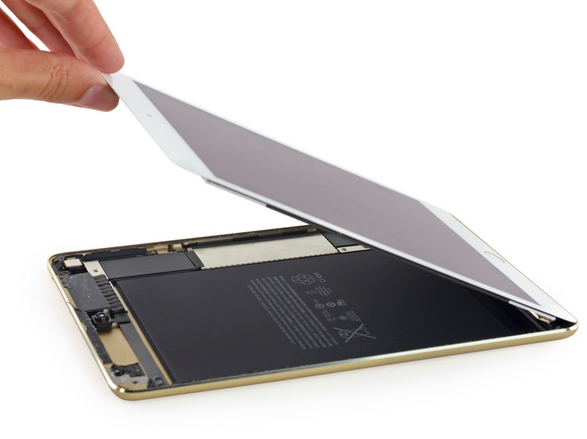 The iPad Pro stole the limelight at Apple’s event last week, while the iPad Mini 4 announcement was little more than a footnote.

Was Apple hiding something? Well, the tinkerers at iFixit decided to get stuck in and find out.

After taking the new tablet apart piece by piece, it turns out that it really is mostly the same as the iPad Air 2, with a slightly smaller screen.

Apple has laminated the LCD and front panel glass this time, which makes it thinner, but also means it would be more expensive and trickier to repair if it gets cracked.

Otherwise, the little tablet is basically a remake of the iPad Air 2 under the hood; from the processor to the RAM and cameras, it’s all the same.

It is lighter than its predecessor though, the iPad Mini 3, but that’s primarily because it’s kitted out with a smaller battery – the Mini 3 had a 6471mAh battery and the Mini 4’s is 5124mAh.

Apple said it will still last ten hours with normal usage, but it’s worth considering the difference if battery life is something you’re concerned about.

Read next: This design project uses emoji to help you remember Pantone colors