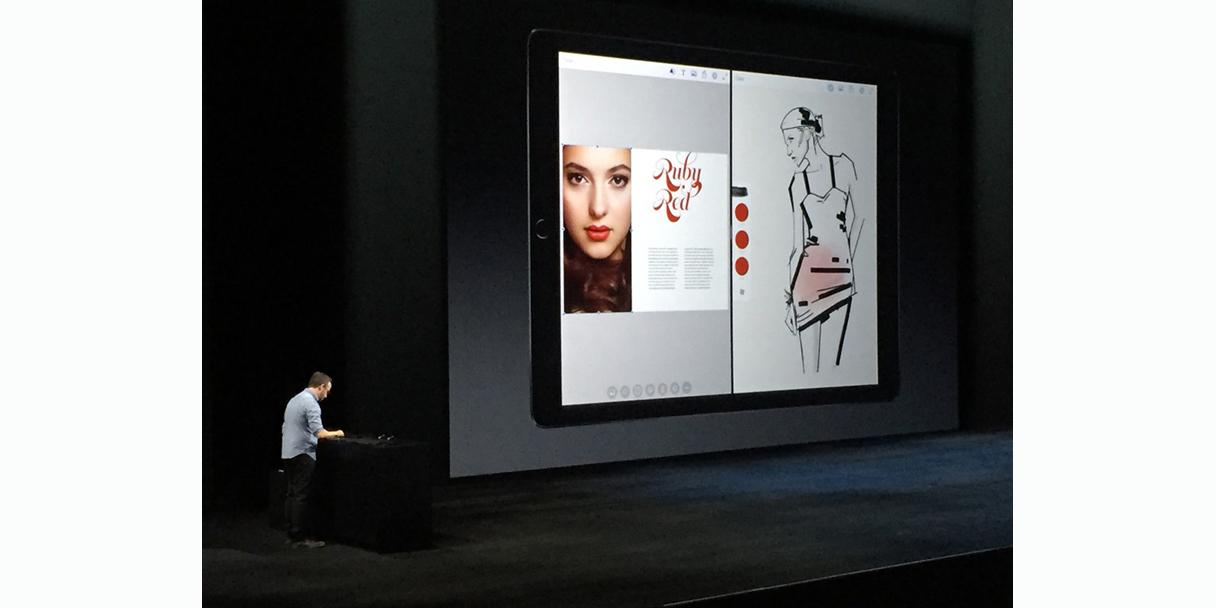 Photoshop Fix relies on the GPU to open really large files and to retouch photos in real time. Born at the sunset of Photoshop Touch, it is designed to handle files up to 50MB on your device. Among its other talents, the app has a facial detection feature that lets you alter a person’s features and expressions.

Like Adobe’s other mobile apps, Photoshop Fix is built with the company’s new Creative SDK. Adobe Photoshop Mix,  Shape and Comp, for example, use a common framework allowing them to open files, pass files to each other and send files to desktop apps.

The new Photoshop Fix will be available free as part of the “Adobe ecosystem” and will not depend on having a paid Creative Cloud subscription. Instead, users will be required only to have an Adobe ID to log in, save and access their work on the server.

The smile from hell

Despite the brilliance of the software, the demo itself touched an unintended nerve when Adobe’s director of mobile design, Eric Snowden, chose as an example of the app’s capabilities to convert a female model’s neutral expression into a smile.

This sort of thing has an almost universally negative association for women — who are often exhorted by men in public places to “smile” or “lighten up” and served as a reminder of the overall lack of diversity in the tech industry.

TNW writers had some observations concerning both topics.

Adobe’s VP Products & Community, Scott Belsky, in a series of tweets, assured the presentation’s critics that the company meant no offense.

@drew i know team never meant for photoshop demo to be offensive. #1 use of retouch apps is for selfies, intention was to show off the tech

@drew watching live, got excited seeing ppl like feature and retweeted. but I agree, don't like the "make someone smile" context. At all.

Read next: The secret behind high-performing blog posts