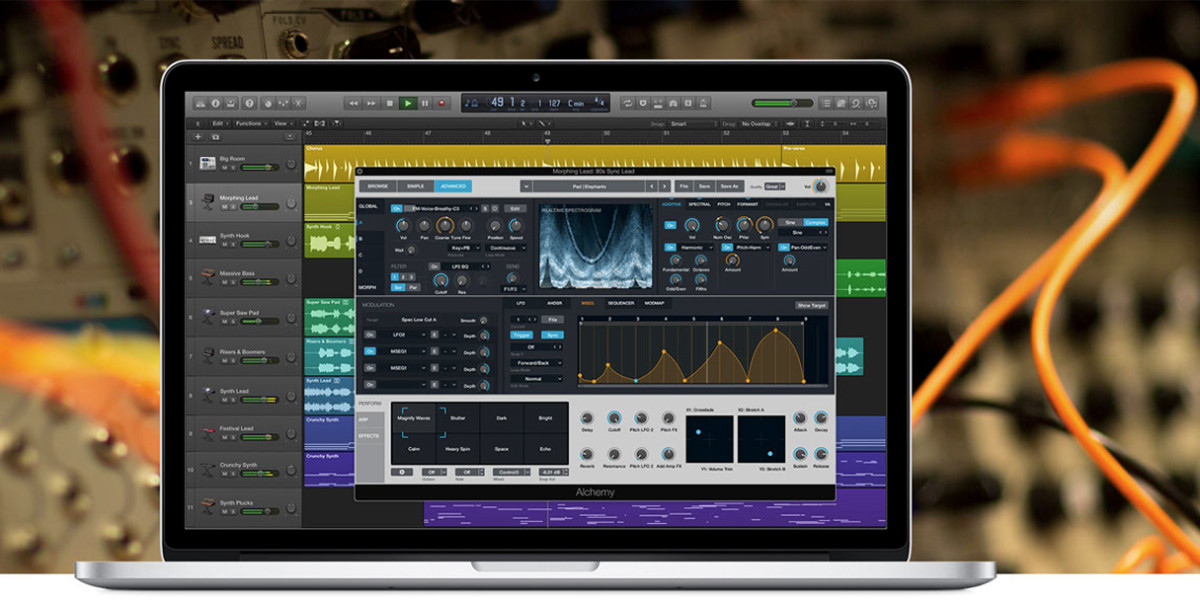 Both now support Alchemy, a sample-manipulation synthesizer plug-in derived from Apple’s acquisition of Camel Audio earlier this year. The plug-in features numerous sound generators as well as special effects filters and tools such as arpeggiators and oscillators.

More than 3,000 presets, which span a large number of musical genres, let you pick the sound you’re looking for from Electronic Dance Music to Hip Hop as well as emerging styles. You can choose category, timbre and articulation keywords to aid in your search and then assemble favorites via star ratings and keywords.

The controls let you click and drag on the Transform Pad to move among eight different sound variations. You can automate controls and combine up to four synth engines, using the Morph Pad to morph between sounds.

Read next: Startup offers international founders the chance to shack up in Silicon Valley