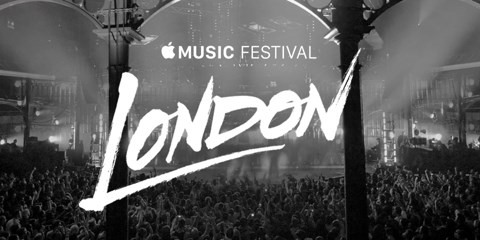 Over ten nights starting September 19, Apple will host its ninth annual free music festival in London with performances by One Direction, Pharrell Williams, Disclosure and Florence + The Machine.

Previously known as the iTunes Festival, the Apple Music Festival will be held at The Roundhouse, its usual venue. If you’re in the UK, you can win tickets to the show by entering a lucky draw.

Apple will also livestream the event from September 19 – 28, so anyone can tune in using an iOS device, iTunes on Mac or Pac, or Apple TV.

UK residents can apply to win tickets on Apple Music and through media partners like the London Evening Standard.

Read next: Why Apple Music and Spotify are Coke and Pepsi

Read next: The IRS hack may have hit another 220,000 taxpayers' accounts