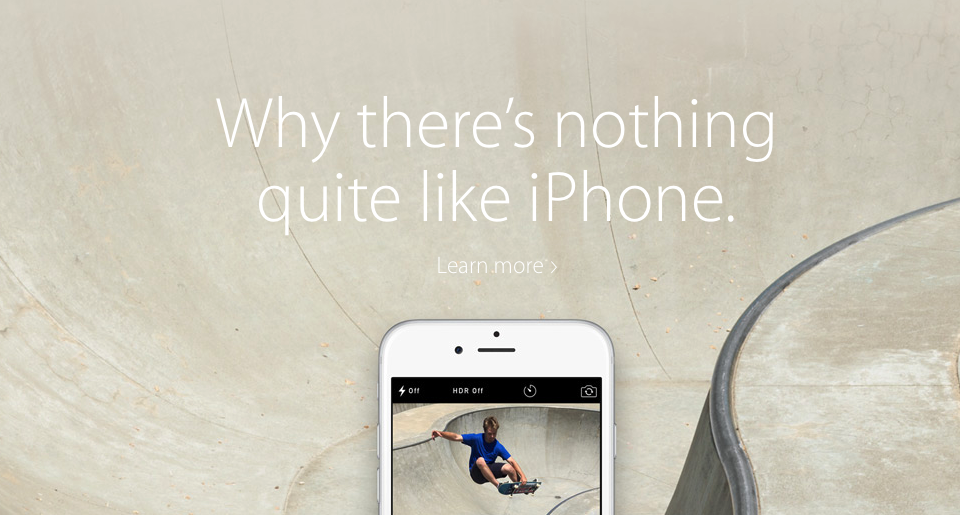 Apple has launched a slick new site with the purpose of telling us why iPhones are special. Like its video ads, the site is a rehash of why an iPhone is an iPhone, but is that enough?

When the videos launched, my colleague Owen Williams posited that Apple has lost its marketing direction, and the ads weren’t “helping the company explain to the world why iPhone is so compelling.”

He had a point — the ads were far too slick to be truly informative. Where the videos were a cursory glance, the website is a touch more compelling if you want answers.

The site also glosses over details, and tries to make them seem unimportant to the end-user. The camera page mentions Focus Pixels and auto stabilization, but continues with “what that means is, you don’t actually have to know what that means.”

There’s also a lot of talk about security. At one point, Apple says the iPhone has “top-notch APIs, encryption, and app transport security, and the rock-solid security features we build into iPhone like trusted boot, sandboxing, and kernel address space layout randomization.”

That’s followed with “so let’s just say that iPhone and malware are practically strangers, and leave it at that.”

I’m a dedicated iOS user (and Swift developer), so the intersection this site straddles is interesting to me. Apple wants its users to know there’s a lot brewing under the hood that makes the iPhone special, but asks that you blindly trust it to make you happy.

The site seems to focus on what Apple thinks are key features, like Apple Pay or the camera. Security, privacy and the app ecosystem are also touted. Things new users will come into contact with straight away. There are obviously people who are a bit too savvy for this site, but there are a lot more potential users who don’t know the ins and outs of contactless payments or smartphone camera hardware.

And the last page of the site says it all. You’re encouraged to buy an iPhone right away, switch from Android, or learn more about the iPhone. While tech-savvy smartphone users may find it ham-handed, the site is really there for new users who want to tumble down the iOS rabbit hole.

Read next: Big changes are coming to the Windows Store