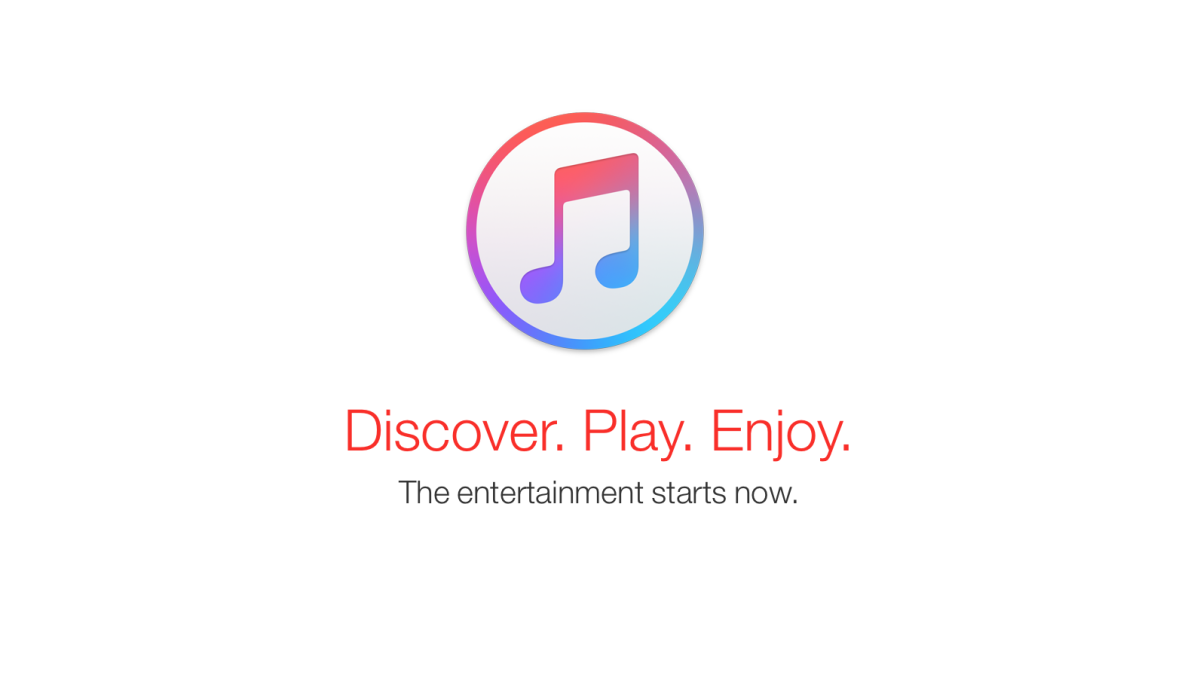 Apple Music, launched earlier today for iOS, lacked a desktop component. There was also the confusing issue of iCloud music library streaming and iTunes Match, but that’s been resolved as iTunes 12.2 is rolling out to users now.

The revamped iTunes mimics Apple Music in many ways when you’re in the Music section. Buttons along the top now show Radio, For You, Connect and New by default. The layout within those buttons is just like the mobile version, too.

When an album is selected, the drop-down menu showing the tracks within looks just like the album screen in the Apple Music iOS app. 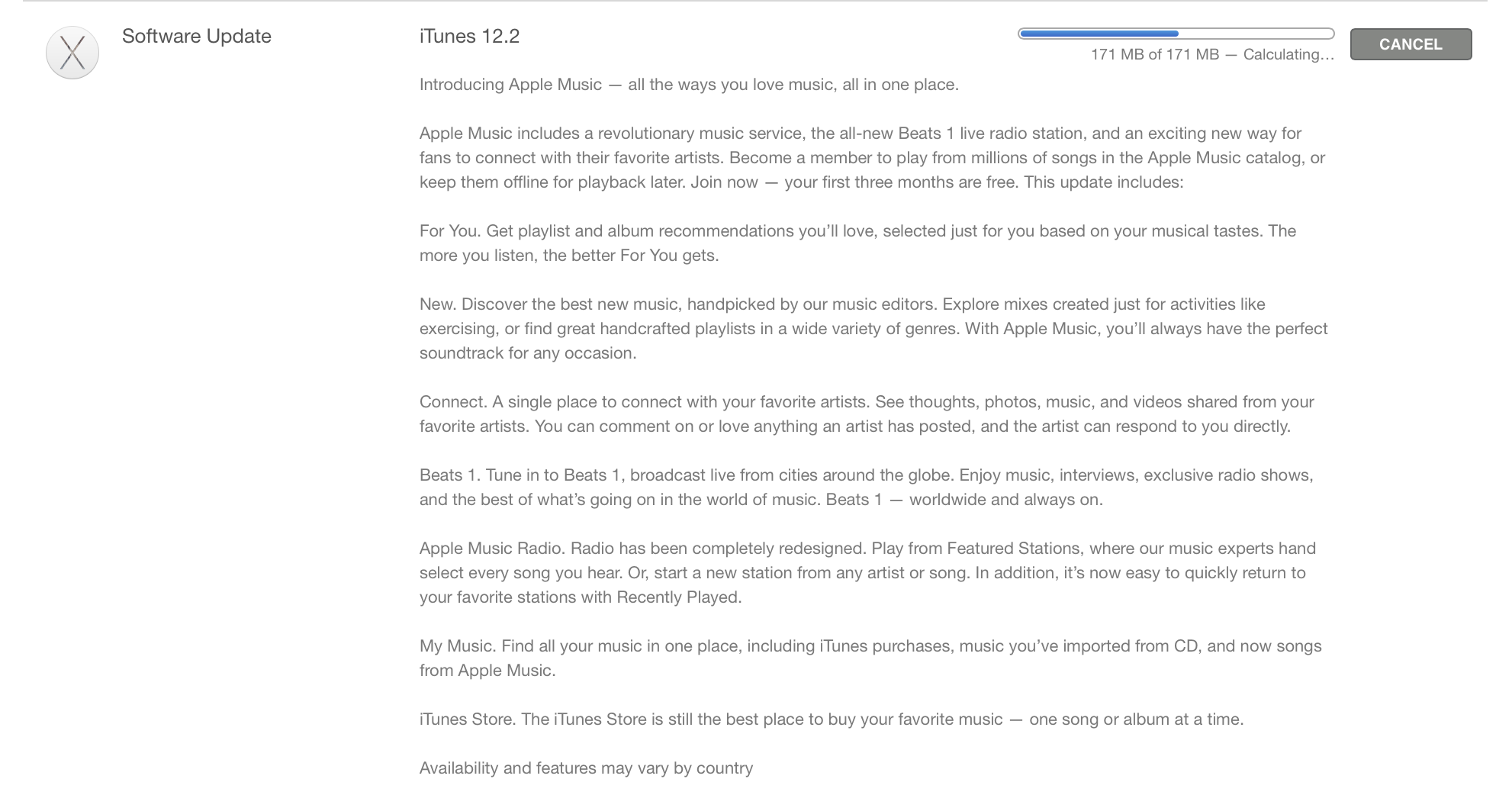 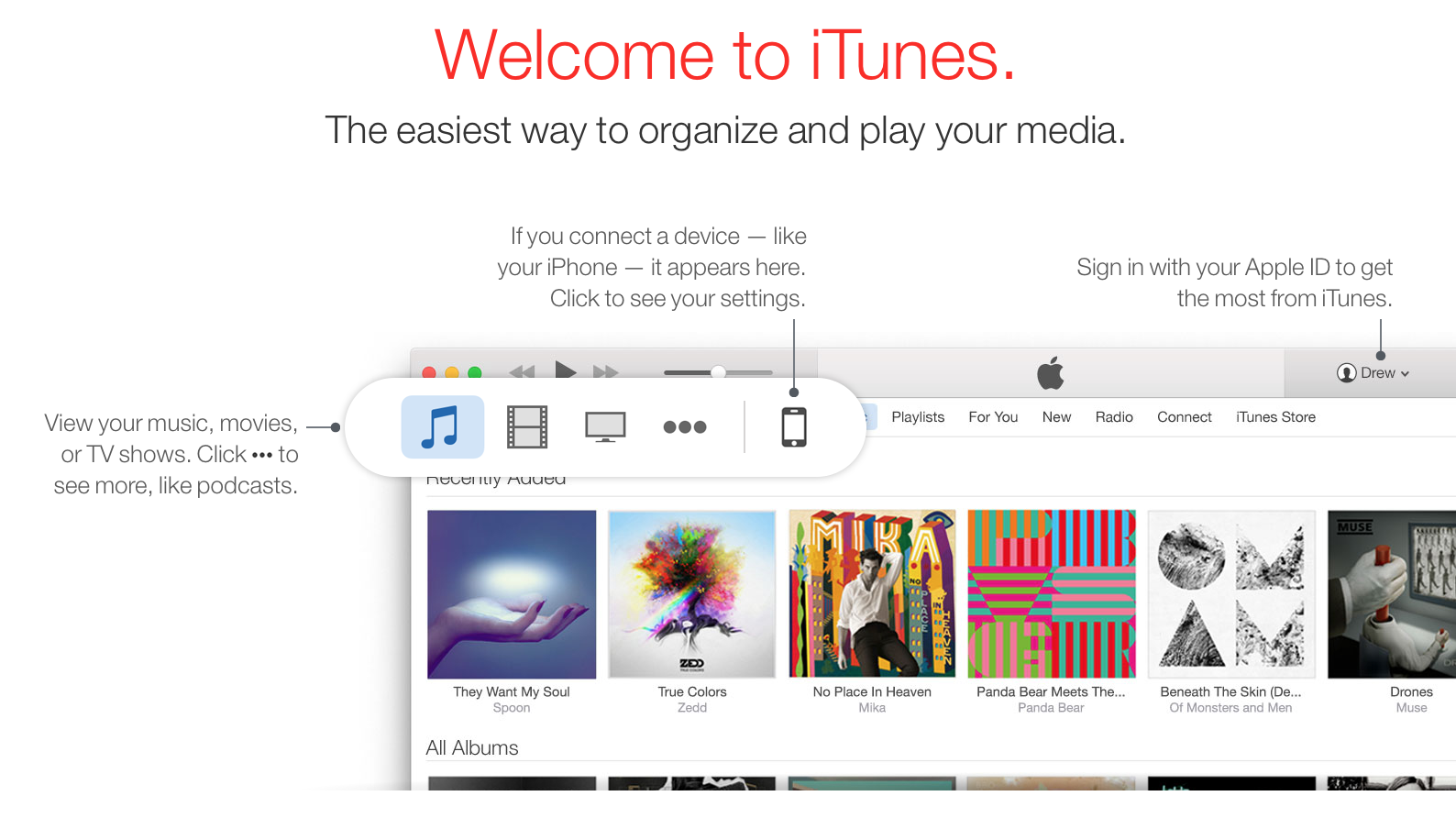 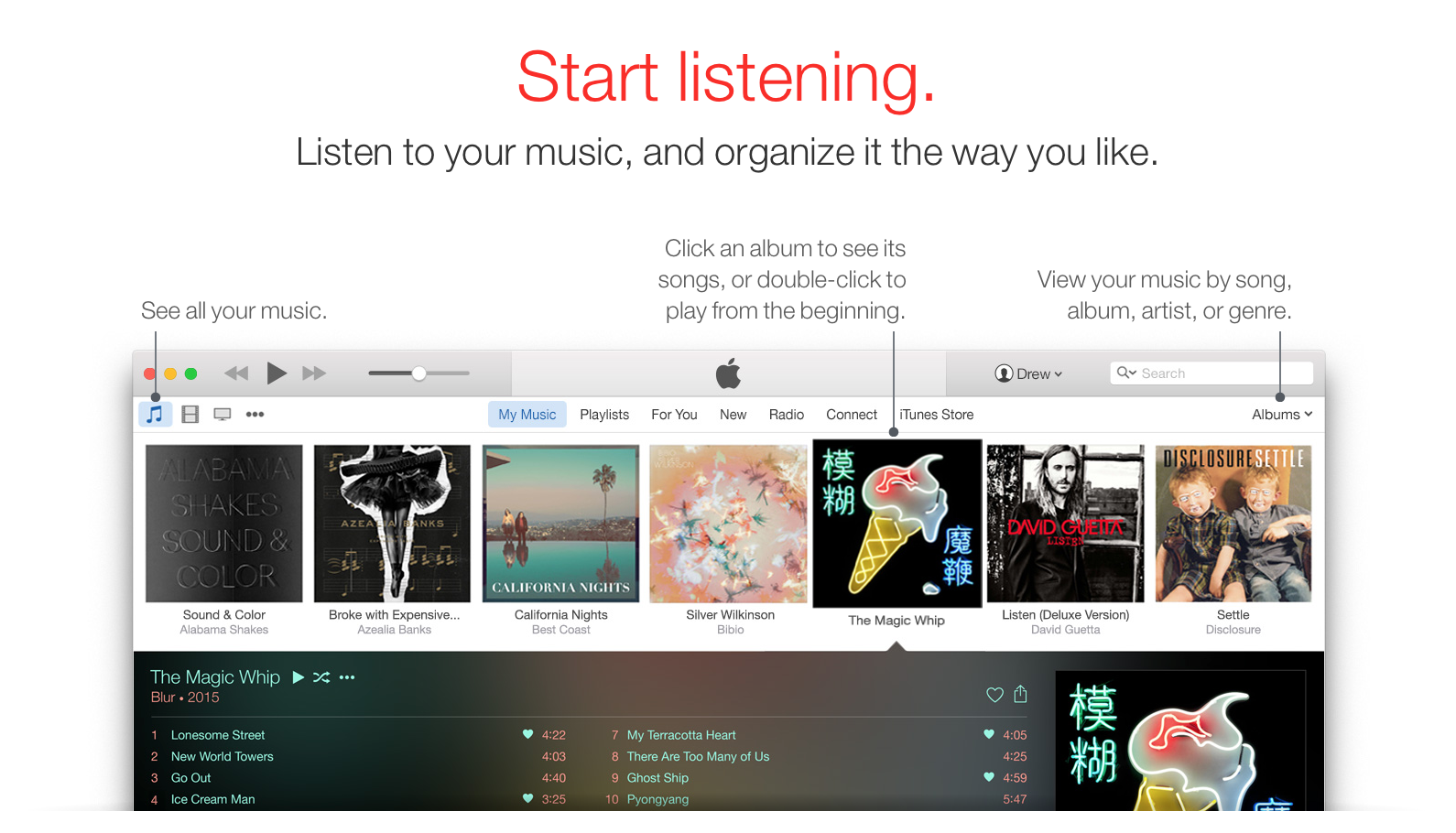 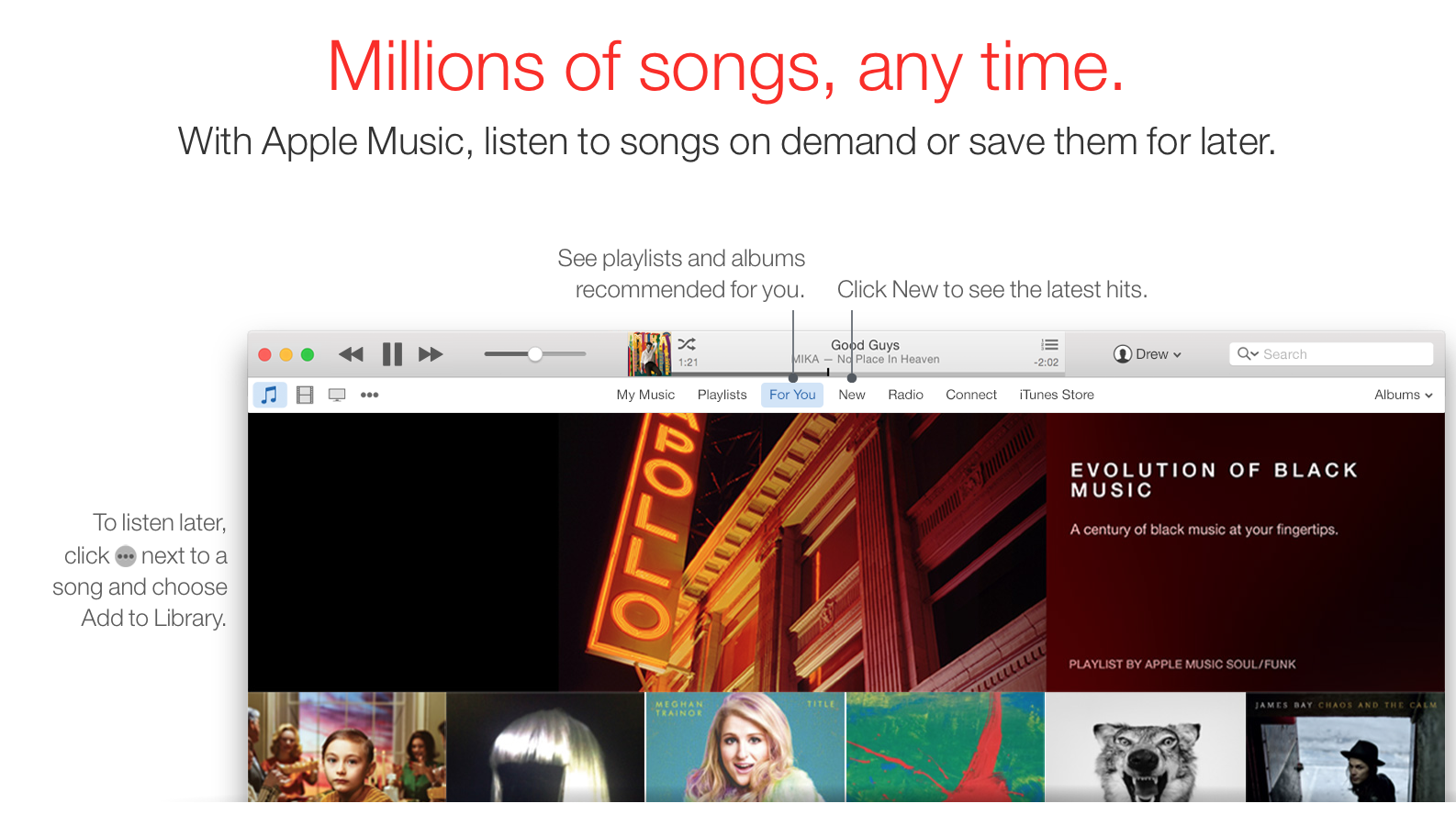 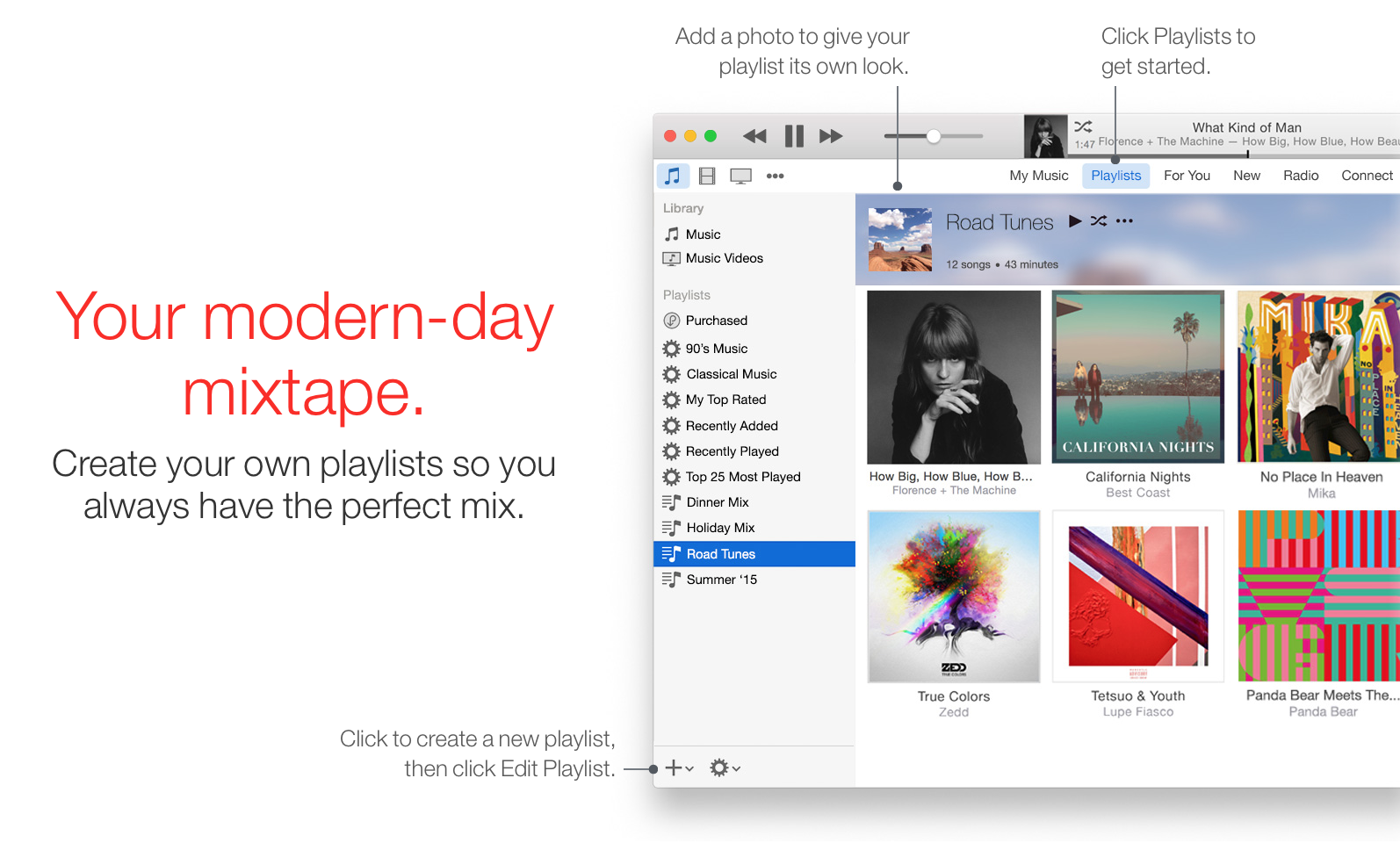 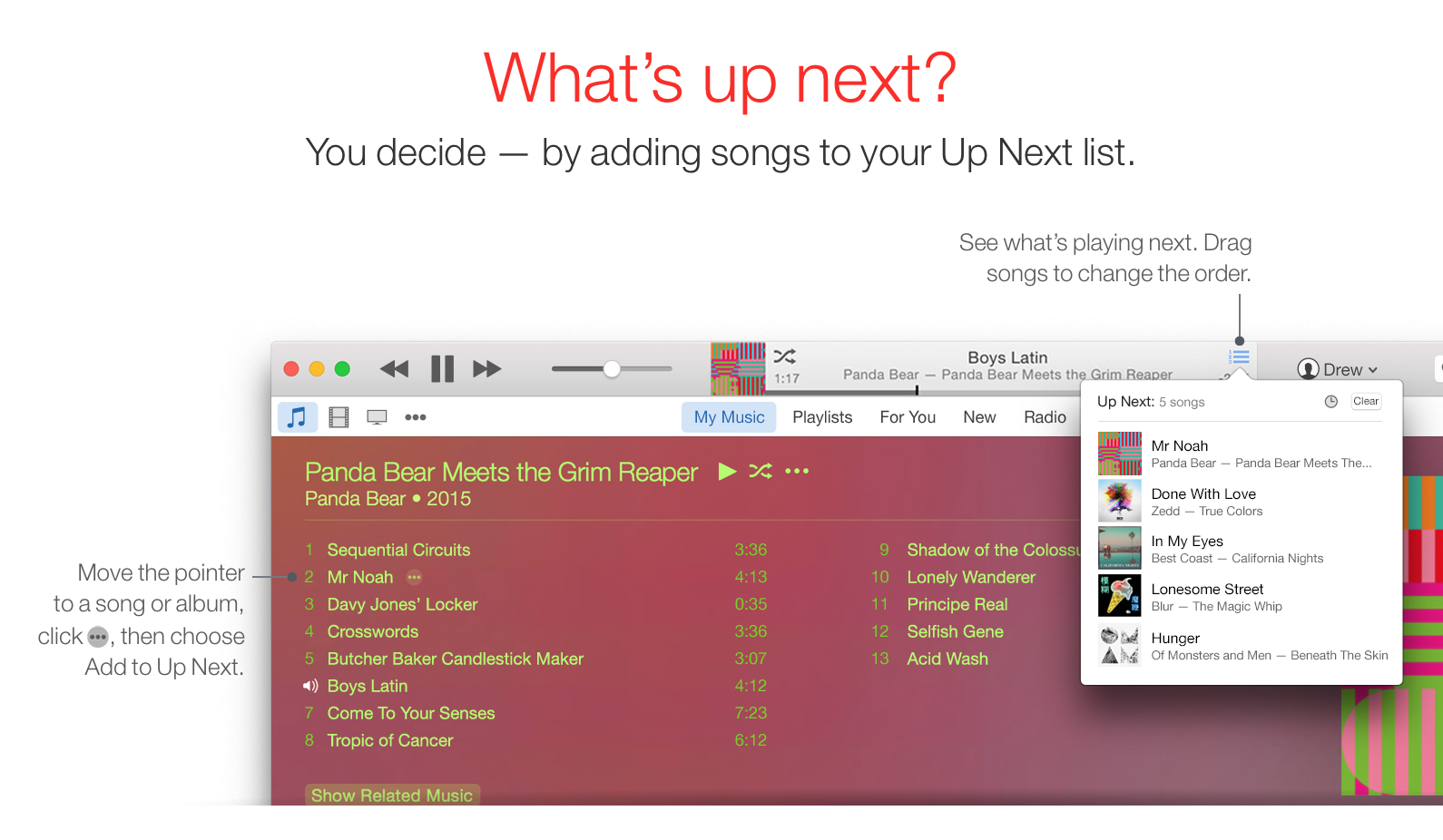 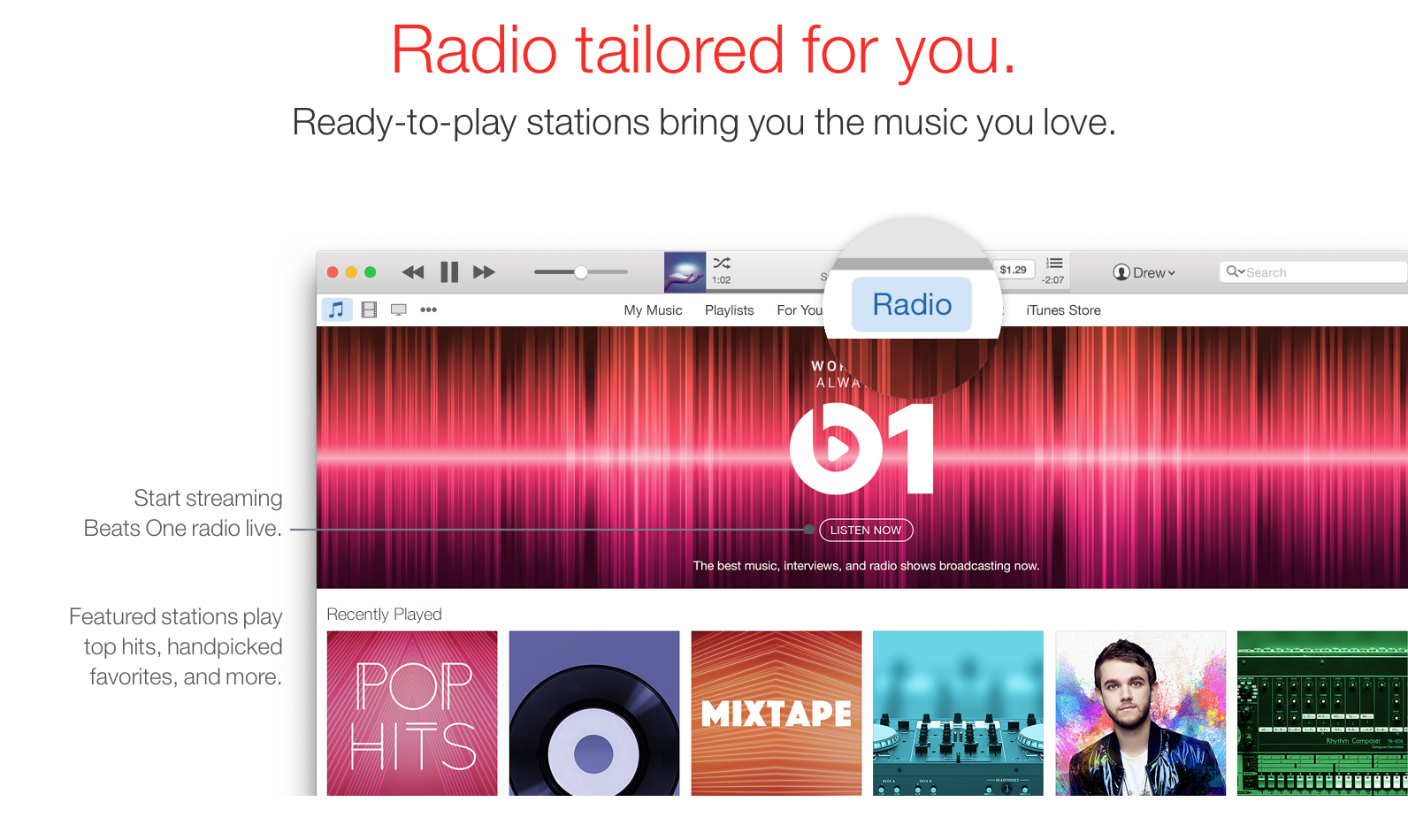 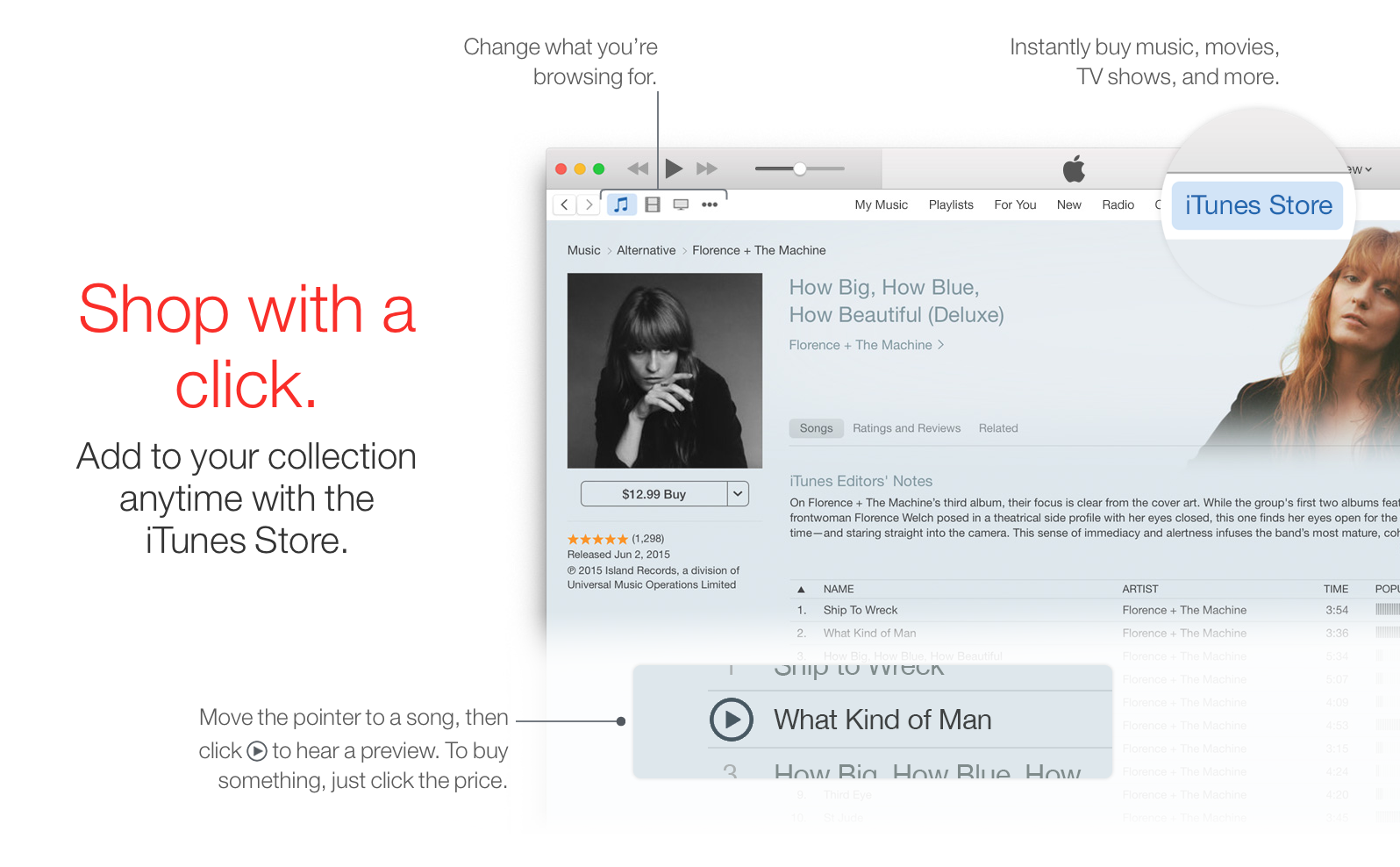 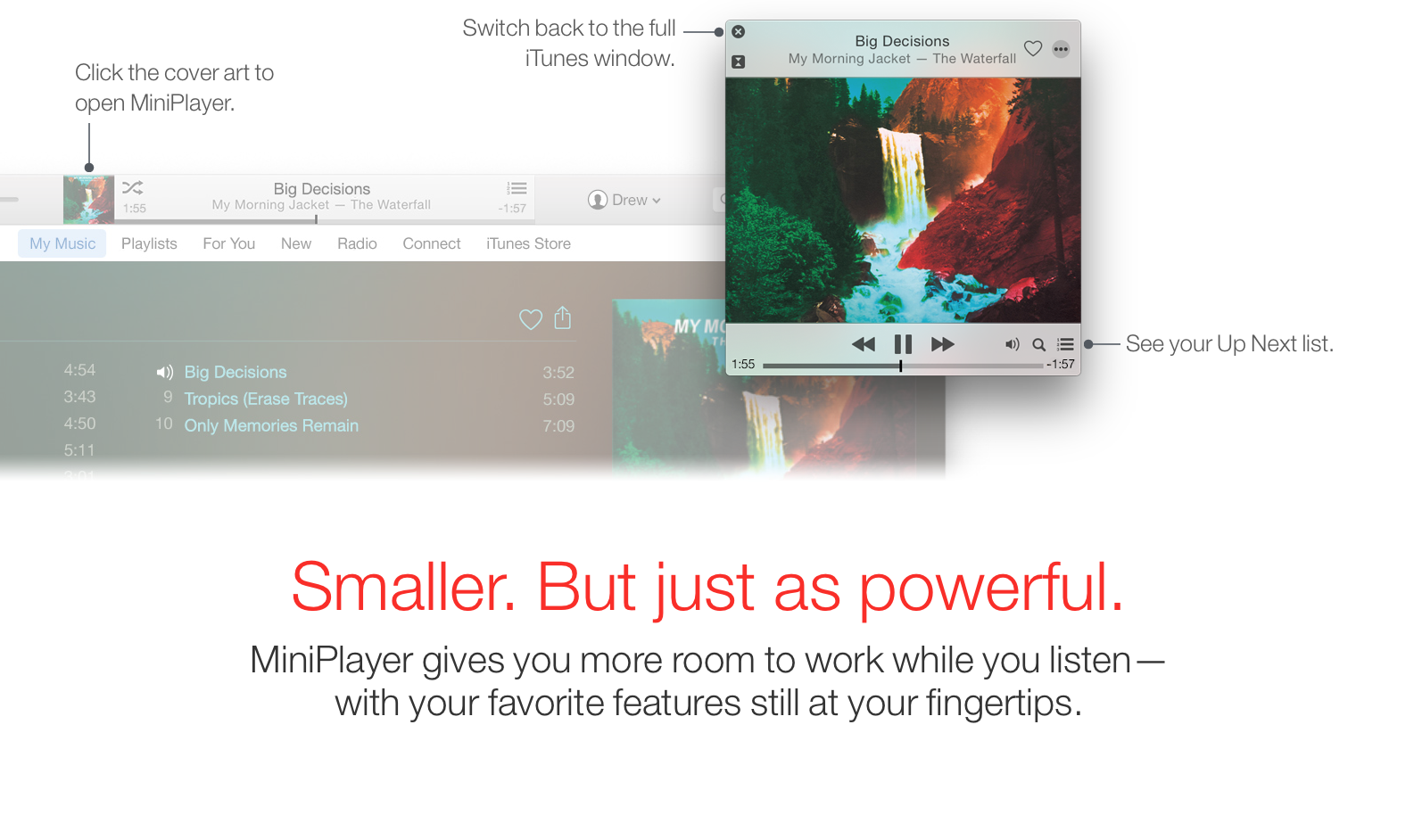 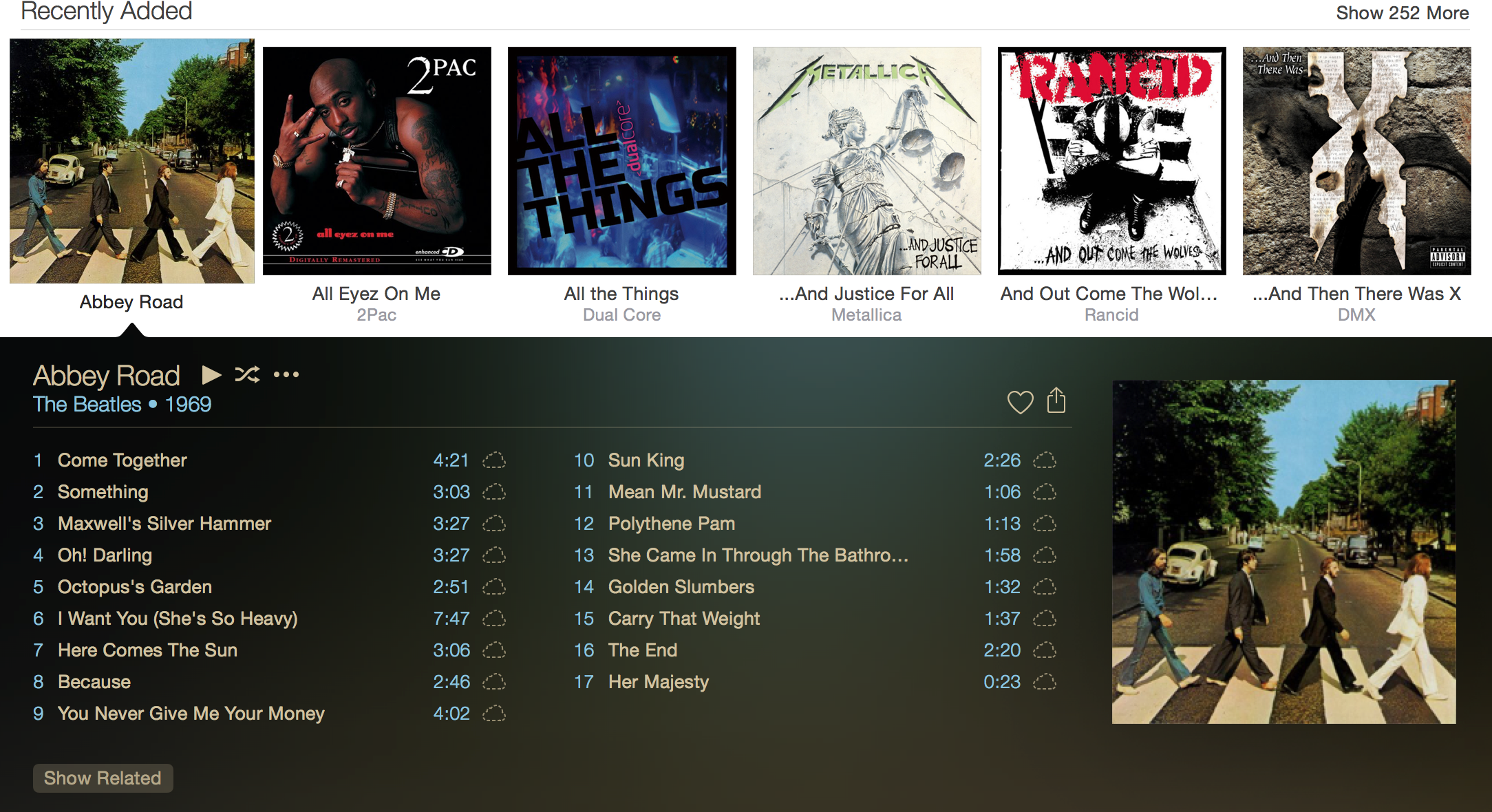 Other functions you’re more familiar with — like the Movies, Podcasts or TV buttons found on the top right — are unchanged. This update is all about Apple Music; the desktop icon is even the same as the new mobile Music app icon.

The update also syncs your iTunes library to your mobile devices via Apple Music and iCloud, so you can listen to purchased or uploaded music in the mobile app under the ‘My Music’ heading.

To get the update, check the App Store. The update seems to be rolling out in waves, so if you don’t have it — sit tight.

Read next: Beats 1 is down, and there's no explanation for it [Update: It's back]