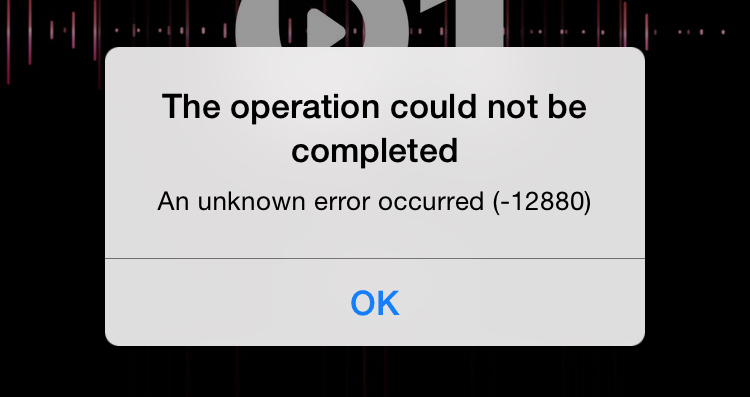 Beats 1 is down. When launched in Apple Music, Beats 1 gives a mysterious error code that simply says the radio station can’t be launched. Other stations on Apple Music seem unaffected.

There’s no explanation given for the downtime, either. Apple has yet to address the problem, and there are no details provided with the error code. It’s not clear how widespread the outage is.

The radio station that aims to bring personality back to streaming music is actually really nice. In my review of Beats 1 earlier today, I also noted the DJs seemed to be having trouble figuring out some of the tech associated with running Beats 1.

The service has been running smoothly all day (I hadn’t turned it off until about an hour ago), so don’t expect the downtime to last long.

Shortly after we published this story, the station started working again. We’ll keep an eye out.

Read next: NSA to resume mass surveillance on US citizens for another 6 months