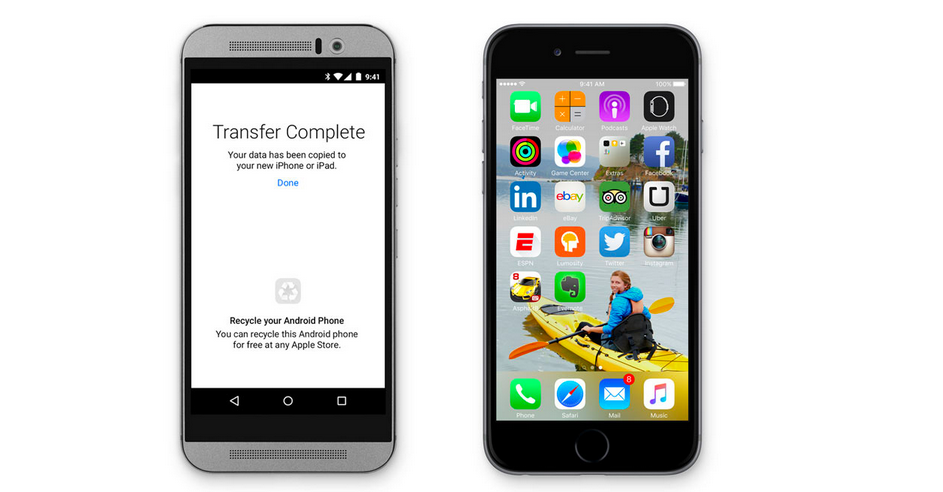 Take a peek at Apple’s App Store review guidelines and you’ll see why developers who make even passing mention to Android find themselves shut out. It’s crystal clear:

Apps or metadata that mentions the name of any other mobile platform will be rejected.

The rule recently led to a news reader app that innocently included an Android reference in one of its screenshots being forced to submit a new update to get through the gates.

Because with iOS 9, Apple’s introducing Move to iOS, an Android app that will allow you to quickly shift your contacts, message history, photos, videos, bookmarks, mail accounts, songs and books to your new iPhone.

The Android app will also reconstruct your app library on your new iOS device by automatically grabbing the free apps you use and putting the paid ones on your iTunes Wish List.

All very convenient and in the interests of consumers planning to leap to iPhone or iPad. But while it’s built an app that concludes by telling you that your Android device can be be recycled at your nearest Apple Store, the company won’t tolerate the equivalent any time soon.

I’m an iOS user. I’ll be upgrading my iPhone 5s to the next generation when it arrives later this year, but I still think Apple’s hardline on developers even whispering the name of the little green robot is childish and hypocritical.

Read next: Here are the best iOS 9 features Apple didn’t mention at WWDC

Read next: 'Happy' made Pharrell a ridiculously small amount on Pandora