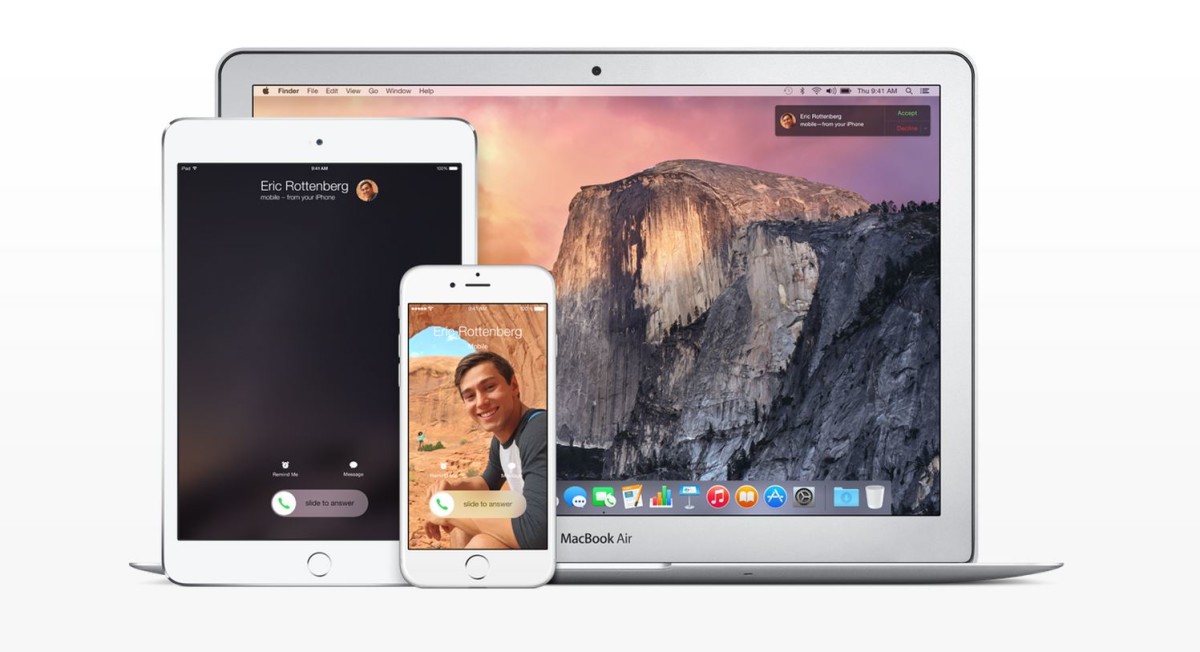 Continuity – the ability to hand off your iPhone calls and text messages to your Mac, iPad or Apple Watch – was one of the coolest features to come with OS X 10.10 Yosemite.

It’s pretty limited, however, in that your phone and other devices need to be connected to the same WiFi network for it to work.

It looks like that’s changing with iOS 9. A T-Mobile rep informed us that an update to Continuity in iOS 9 – including the current developer beta – will let you to receive phone calls on your Apple devices even if they’re not connected to the same WiFi network as your phone.

T-Mobile says it’s the first carrier to support Continuity over a cellular network, though others are sure to follow suit suit.

9to5Mac also spotted some new settings in iOS 9 that allow you to select with specific devices can receive your phone calls, as well as an option for the new “Allow calls on other devices” feature.

As an additional benefit, T-Mobile customers can now use Continuity and the network’s WiFi calling feature at the same time; this wasn’t possible in iOS 8 due to technical difficulties.

It’s not clear, however, whether T-Mobile devices need to have WiFi calling turned on for the new Continuity support to function. We’ve contacted T-Mobile for more information and will update this post when we hear back.

Update: T-Mobile responded to us:

“The devices register on our network and use the Apple ID associated with the phone to facilitate authentication.”

In other words, T-Mobile uses your Apple ID to verify it’s really you; meaning your iPhone can send your Mac or iPad calls and messages without being connected to a WiFi network or having WiFi calling enabled at all.

You should basically be able to leave your phone anywhere you have a strong enough cellular signal and still be able get your messages and calls on your computer – making Continuity much more versatile.

Read next: It's okay Apple, I understand why you felt weird talking reproductive health at WWDC