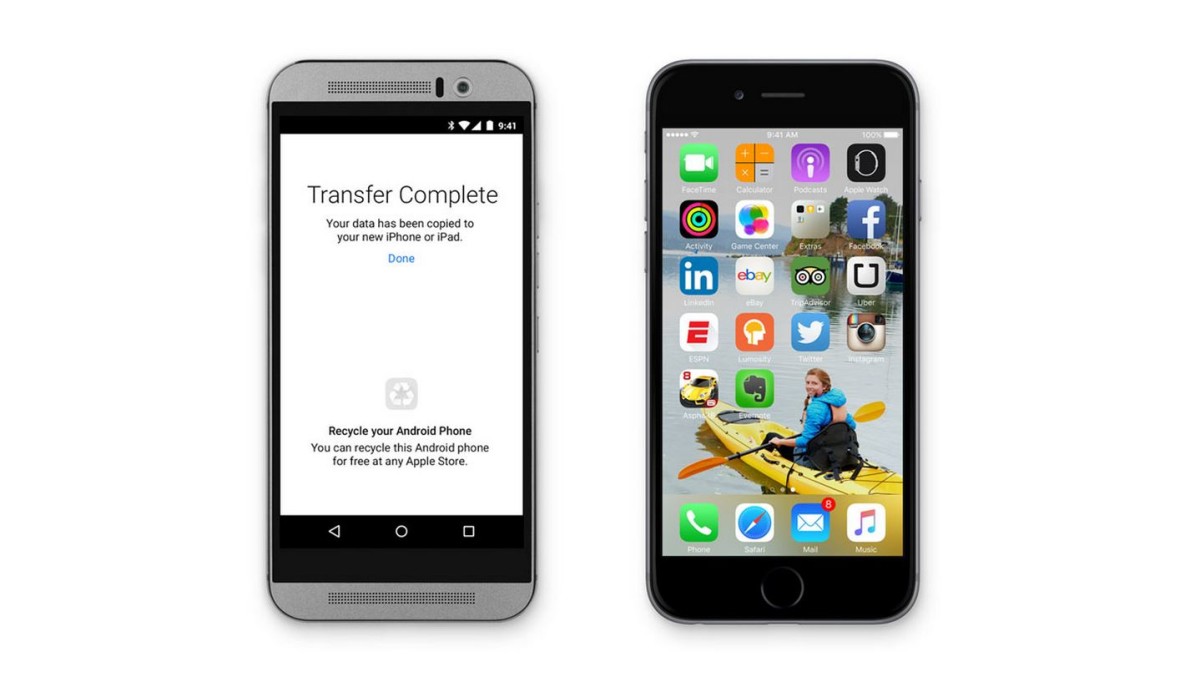 Apple may sell a ton of devices, but it’s not going to miss out on stealing customers away from Android when possible.

Of course, you can’t simply transfer apps across operating systems, but the software is at least smart enough to suggest apps  on your new iOS device based on what you’ve already installed on Android – many major apps are mult-platform anyway. Free apps are suggested on the App Store, while paid apps are added to your iTunes Wish List.

Many Android users have been invested in the ecosystem for years, so anything to help them make the switch is welcome for users on the fence. The app isn’t available in the Play Store yet, but we assume it’ll go live by the time iOS 9 hits the public.

➤ iOS 9 Preview [Apple via The Verge]

Read next: Who is Loren Kramar? The 'unsigned' artist Apple advertised has major label connections