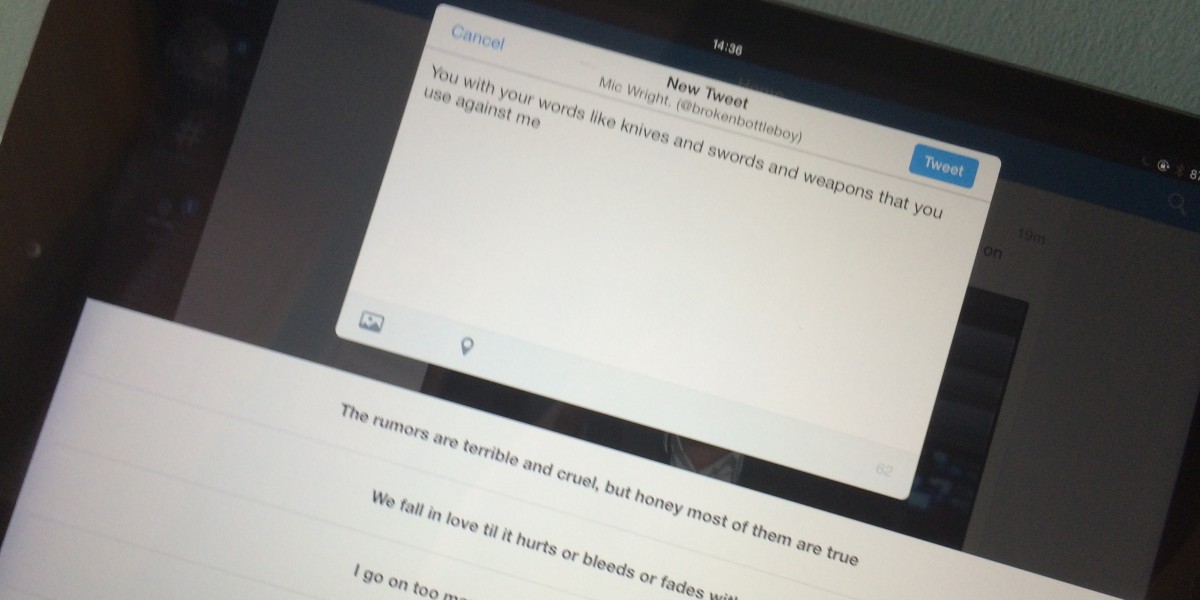 Taylor Swift isn’t just in tight control of her social media presence on Tumblr and Twitter. She’s also very hot on managing her intellectual property. For example, she trademarked the lyrics from her latest record ‘1989’ earlier this year.

With that in mind, it was a bit surprising to see Tay Text, a custom Taylor Swift keyboard for iOS, pop up on Product Hunt today. Apple’s App Store guidelines are pretty clear on this kind of thing:

8.5 Apps may not use protected third party material such as trademarks, copyrights, patents or violate 3rd party terms of use. Authorization to use such material must be provided upon request.

The keyboard is onto version 2.0, but I don’t expect it to stick around for too long once Taylor’s phalanx of lawyers turn their attention to it.

Still, the Tay Text website says it was created by five ‘swifties’ from Harvard Business School – who raised $4,500 in funding to develop the app – so maybe she’ll let it slide.

Just writing this news story makes me feel a little like one of those haters who are gonna hate hate hate.

Have you seen any recent examples of Apple’s once iron grip on App Store approvals slipping? Let us know in the comments.

Read next: Peership can turn anyone into a courier (but it won’t deliver Taylor Swift)

Read next: Amazon Prime is on board with JetBlue to offer in-flight streaming