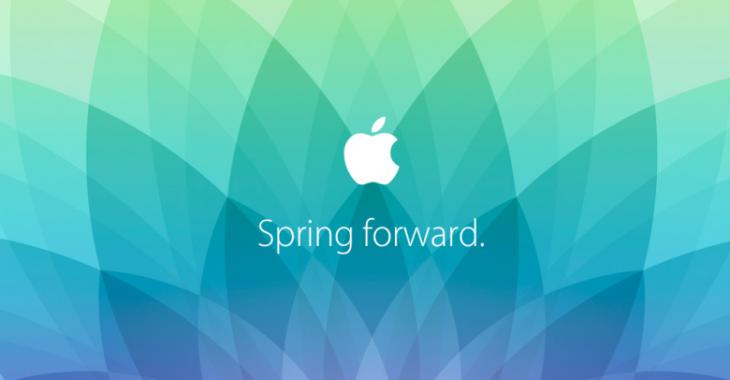 The Apple Watch finally has an official price and shipment date! But there were tons of other newsworthy bits that made headlines today. Here’s a roundup of the biggest news announced at Apple’s “Spring Forward” event today in case you missed it.

Apple CEO Tim Cook kicked off the event by inviting HBO CEO on stage to announce that HBO’s standalone streaming service, HBO Now, will be exclusive to Apple TV at launch. The service is $14.99 a month and will arrive just in time before the ‘Game of Thrones’ premiere in April.

To help make this service even more accessible, Apple has also lowered the price of the Apple TV down from $99 to $69. Oops to all those who just bought one over the holidays!

➤ Apple gets exclusive on HBO Now on Apple TV

Just months after Apple released the iPhone 6 and iPhone 6 Plus, the company announced it has just recently sold its 700 millionth iPhone. It also touts that it tripled its Apple Pay support to 700,000 retailers and 2,500 banks, with new Apple Pay-able Coca-Cola machines incoming.

To further utilize HealthKit, Apple has announced an open-sourced ResearchKit to help medical institutions gather data for diagnosis insights. For example, you can use ResearchKit to send data of your Gait and Balance tests to researchers and crowdsource data without requiring participants to physically show up for research.

Partners are located worldwide – from within the United States to top researchers in Europe and Asia. Apple promises to allow users to decide how their data is shared without seeing your personal medical information.

After seeing an increase in MacBook adoption rate this past year, Cook announced a refresh of the MacBook with a 12-inch laptop, complete with a Retina display that’s 0.88mm thin. The full laptop measures in at 13.1mm thin – 24 percent thinner than the latest MacBook Air.

The keyboard now stretches closer to the edge with a new spring-mechanism to “stabilize” the typing experience… whatever that means. Each key now has an individual backlight.

The trackpad also gets an upgrade with a “Force Touch” technology that provides haptic (Apple’s cheekily calling it “Taptic”) feedback and extra sensors so you can click anywhere on the pad and get the same pressure all around. You can also set the track pad to understand “Force Clicks” to perform various functions based on how hard you press.

Apple’s Senior VP Phil Schiller also touted that the new MacBook comes with a logic board that is 67 percent smaller, making the laptop its first fanless computer. It offers up to nine hours of Web browsing battery life, and about 10 hours of video playback. The new MacBook is also the first laptop to support USB-C, which provides USB, DisplayPort, HDMI and VGA connectivity, and doubles as the charging port. So long, SD-card slot.

The new MacBook ships on April 10 starting at $1,299, and comes in silver, space grey and gold. MacBook Air and Pro will receive hardware upgrades as well, shipping today.

Of course, the news we were all anticipating: The Apple Watch will arrive on April 24, starting at $349. It features an 18-hour battery life and various builds, from stainless steel to aluminum to gold.

On the watch face alone, the Apple Watch allow you to swipe up to view “Glances” of your most commonly used apps, such as weather, news headlines, notifications, meetings and more. The side button also brings up contacts, and you can sync with your friends’ watches to share messages, drawings or, urr, heartbeats.

On the activities end, the Apple Watch will let you know if you’re sitting down too long as well to remind you to get your daily exercise. It also pushes weekly activity reports and provides exercise metrics when you go running.

Most of the features touted today are recaps of what Apple described at its September 2014 event, when it first unveiled the device. The company used the event today to demonstrate app usage on the device, such as Instagram, WeChat, Uber and Apple Pay. Cook also announced that an update to iOS 8.2 will include the Apple Watch app.

Again, the Apple Watch will be available in three collections: Regular Edition, Sport or Apple Watch Edition. The latter of the three features solid gold and custom-designed bands and starts at – wait for it – $10,000. Pre-orders begin on April 10.