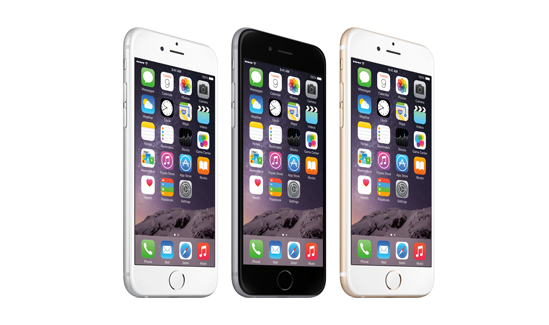 Tim Cook told an audience at Apple’s event today that its iPhone business grew at ‘double the rate’ of the rest of the industry, with 7 million devices sold.

The first iPhone was launched in June 2007. Over 700 million have been sold since then. And last quarter, it was the number 1 selling smartphone in the world with a 49 percent year over year growth, double the rest of the industry.

According to the Apple CEO, 99 percent of customers are satisfied with their iPhone 6 and 6 Plus. He credits the success of Apple Pay for part of that, with 2500 banks now supporting the feature.

But Cook says that the iPhone has been transformative for many aspects of modern life through its CarPlay, HomeKit and Health apps. “iPhone is continuing to transform even more parts of our lives,” he told the audience.

According to IDC, Apple shipped 74.5 million iPhone 6 and 6 Plus devices in the fourth quarter of 2014, beating out all other manufacturers. including its main competitor Samsung.

In all, 700 million iPhones have been sold so far — and, obviously, counting.