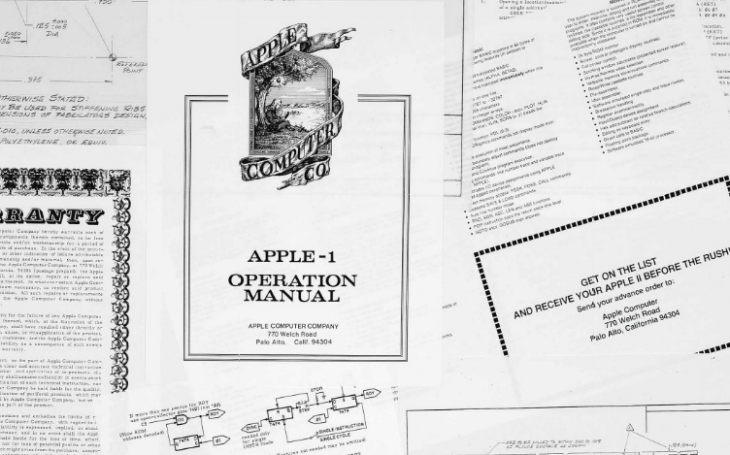 The two Steves (Jobs and Wozniak) may well be the best known founders of Apple, but Ronald Wayne was also instrumental in the earliest days of the company’s history. And now, he’s auctioning off his collection of private documents relating to those early days at the company.

The sale is being held by the Christie’s auction house and includes proof sheets for the original Apple-1 operating manual and a number of preparatory drawings and blueprints for the casing of the Apple II computer that followed. There’s also an untouched pre-order sheet for the Apple II included in the lot.

While there’s no actual hardware involved in the sale, the proof sheets and sketches alone have a guide price of $30,000 – $50,000 dollars for the sale on December 11. While Ron exited with just $800 for his former 10 percent share in the company, he’s always maintained that he wasn’t tricked or forced out in any way. Of course, 10 percent of Apple nowadays would be worth about $70 billion dollars, which is probably hard to forget however willing you were at the time.

Read next: Get 25% off the retro NES30 Bluetooth game controller