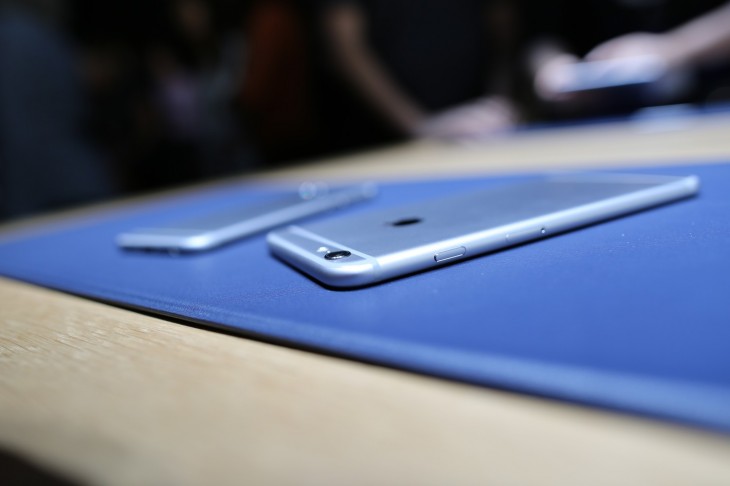 After a flurry of reports of new aluminum iPhones 6 Plus getting bent while in pockets, Apple tells CNBC Tech that only nine customers have actually complained about the issue and that bending isn’t normal under everyday use.

Apple also told CNBC that, “new iPhones feature steel/titanium inserts to reinforce stress locations and use the strongest glass in the industry.” An Apple Spokeswoman told The Wall Street Journal, “with normal use a bend in iPhone is extremely rare.”

Yesterday TNW chatted with Apple support to determine if having a bent phone was normal and to see if customers could get a refund. The Apple representative we spoke with said:

That is 100 percent up to the Genius you speak with at the store. There is a test called a Visual Mechanical Inspection that the device will have to pass. If it is within the guidelines, they will be able to cover it. If not, the replacement would be a paid one.

So if your iPhone 6 Plus is suffering from getting bent, it’s a good idea to find a sympathetic Apple Genius. Which shouldn’t be too hard at this point since Recode reports that Apple is urging customers to reach out to the company if they are experiencing problems with their phones.

Apple also told Recode about how it stress tests its devices which includes a sitting test alongside pressure point cycling, 3-point bending and torsion tests amongst others during the development cycle.

Even if there are only nine users complaining about a bent iPhone, that hasn’t stopped the Internet from running wild with the information and filling Twitter and other social media with meme images pertaining to #bendgate.

Today’s news also comes on the heels of yesterday’s iOS update fiasco. The 8.0.1 update disabled cell service and TouchID for some users. Apple pulled the update and published a support page with instructions on how to roll back those phones to iOS 8.0.

Has your iPhone 6 Plus experienced #bendgate? Drop your story and a link to a photo of your phone in the comments.