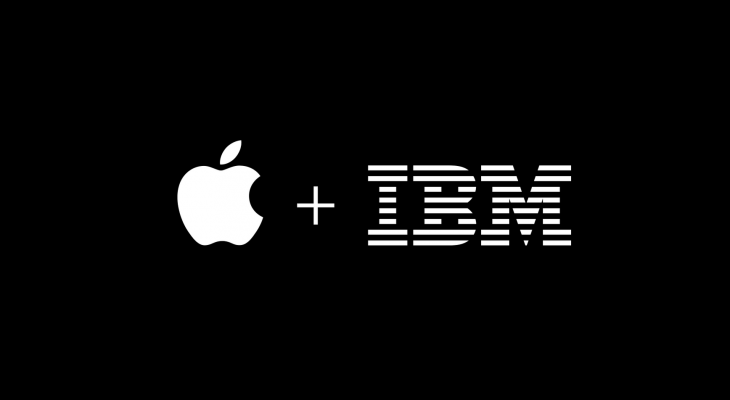 Apple and IBM today announced a wide-ranging partnership that will see IBM help sell the iPhone and iPad to its business clients bundled with new mobile management technology for iOS.

The deal will bring “more than 100 industry-specific enterprise solutions” to Apple’s mobile devices, along with IBM’s suite of cloud services such as “device management, security, analytics and mobile integration.” Apple will also offer enterprise-tailored AppleCare plans, and IBM will bundle packages that include “device activation, supply and management.”

“For the first time ever we’re putting IBM’s renowned big data analytics at iOS users’ fingertips, which opens up a large market opportunity for Apple. This is a radical step for enterprise and something that only Apple and IBM can deliver,” Apple CEO Tim Cook said in a statement.

While the new partnership makes perfect business sense, it still feels odd for the companies to work together. Decades ago, the two were fierce competitors, though they’ve since gone their separate ways as Apple focused on consumer technology and IBM burrowed deeper into the enterprise.

Apple on its own has been successful at reaching the top tiers of the business world, especially with new bring-your-own-device IT policies. The company’s mobile devices are deployed at most Fortune 500 and Global 500 corporations. IBM, however, can help Apple target specific industries in order to capture even more market share.

Read next: Google drops all real-name restrictions for Google+