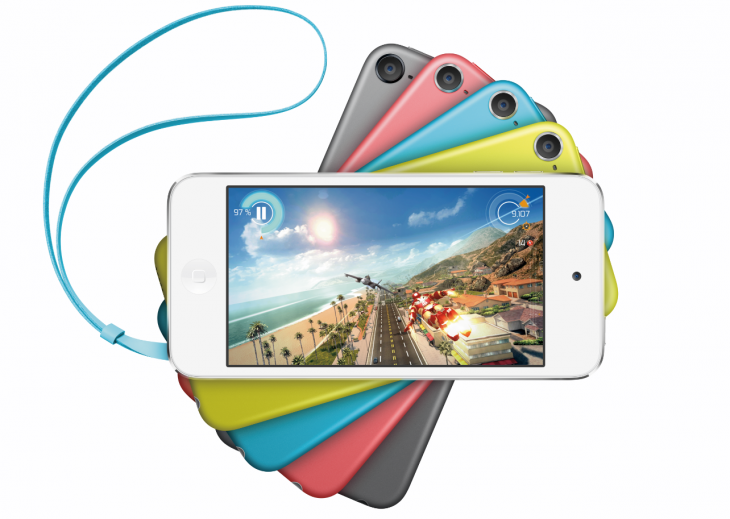 Apple has announced a refresh of its iPod Touch lineup today which will see the devices offered in a new range of colors and include an iSight camera on the rear.

Available in pink, yellow, blue, silver, space gray and red, the new devices will start from $199 for the 16GB model – a reduction from its previous $229 price tag. The larger capacity 32GB and 64GB models cost $249 and $299 respectively.

In addition to the 5-megapixel iSight camera – which supports 1080p HD video recording – the devices feature a 4-inch Retina display, Apple’s A5 processor and a forward-facing camera.

Apple said the devices are set to go on sale today in the US and worldwide “in the coming days”.

Read next: SoundCloud launches a revamped iOS app focused on getting you to listen to more audio