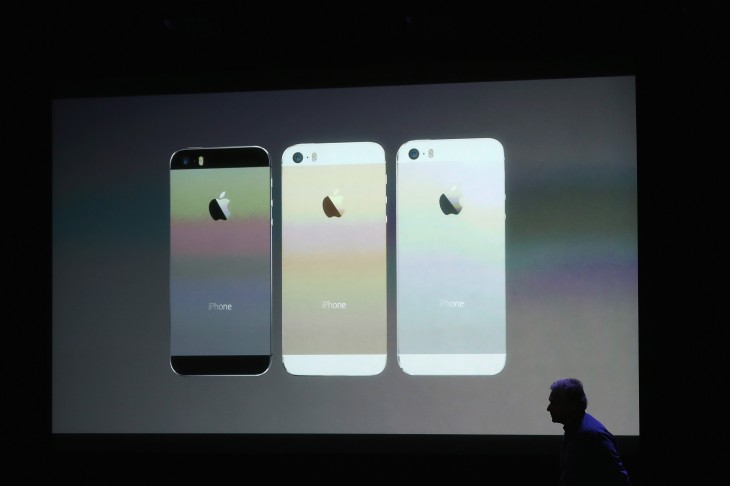 Despite all the expectations for Apple to announce a deal with China Mobile today, given that Apple held a separate media event in Beijing shortly after its main event in the US on the 10th, the long-awaited and potentially hugely-significant deal has not materialized. Yet.

China Mobile and Japan’s largest carrier NTT Docomo have been two major carrier hold-outs for Apple — and given that Apple finally announced a deal with Docomo, China Mobile was conspicuously absent from Apple’s event on Tuesday.

Once Tim Cook appeared at the Cupertino headquarters to unveil the new iPhone 5s and iPhone 5c though, it was a strong sign that no China Mobile deal would be announced in Beijing today — as China Mobile would definitely want the Apple CEO present to show the company some ‘face’ for a ceremonial launch.

Rumors of an Apple/China Mobile partnership have been around for years. This time round, it seems all but confirmed that Apple will soon announce a deal with the carrier — with the WSJ citing sources as saying that the iPhone 5c would be sold on China Mobile. The only question seems to be when.

The one factor that may be holding Apple back from launching the iPhone 5c and iPhone 5s on China Mobile right now looks to be a simple one: logistics. In more detail, that refers to network logistics.

Apple has not been able to offer the iPhone on China Mobile primarily because it has been unable to support the operator’s unique TD-SCDMA 3G network — as the TD standard is one that is used by the operator for its 3G and 4G networks, and no others worldwide.

However, with the improvement of chip technology (as noted in a column by the South China Morning Post late last year) — in particular the rollout of Qualcomm’s TD chips that support TD-LTE — Apple now has the technology to be compatible with China Mobile’s network.

There is a huge but though: China has not launched its 4G network. This is almost certainly why Apple cannot launch its iPhones on China Mobile yet.

For proof that the TD-LTE models exist, Apple’s Hong Kong official website has already listed support for TD-LTE in two models of its latest iPhones — iPhone 5s A1530 and iPhone 5c A1529, as spotted by Tencent Tech today.

The presence of these TD-LTE iPhone models, however, is evidence that it is only a matter of time before they get rolled out in China — all that Apple and China Mobile can do now is wait for the government to issue the 4G license officially.

There is hope that the iPhone 5s and iPhone 5c will land on China Mobile within this year. Currently China is moving toward rolling out its 4G service, with many indications that the government is going to issue a 4G license by the end of this year.

All smartphones imported to China must be certified to use wireless networks via radio communication device regulator TENAA, and, as Chinese media reported last weekend, four smartphones have been approved by the regulator for TD-LTE (China’s 4G service) compatibility.

The TD-LTE versions of the iPhone 5s and iPhone 5c were also cleared by TENAA on August 30 — with the models listed on Apple’s Hong Kong official website included among them, but that fact only surfaced today.

Once the 4G license is issued in China, Apple will be able to launch the iPhones with TD-LTE capability on China Mobile’s network — which, according to Tencent Tech, will likely happen in November. This means the Apple/China Mobile partnership may only go live in November at the earliest, though it is possible that an announcement may come before the actual launch.

Both China Mobile and Apple will benefit from a partnership

There are benefits for both China Mobile and Apple upon inking a deal, and it makes sense that both companies would want to see this partnership go through.

Being present on the world’s largest carrier — with over 740 million customers — would significantly widen Apple’s reach and sales efforts in China’s mobile market. On the other hand, a deal would help China Mobile compete on a more even keel with China Unicom and China Telecom, both of which are existing Apple partners.