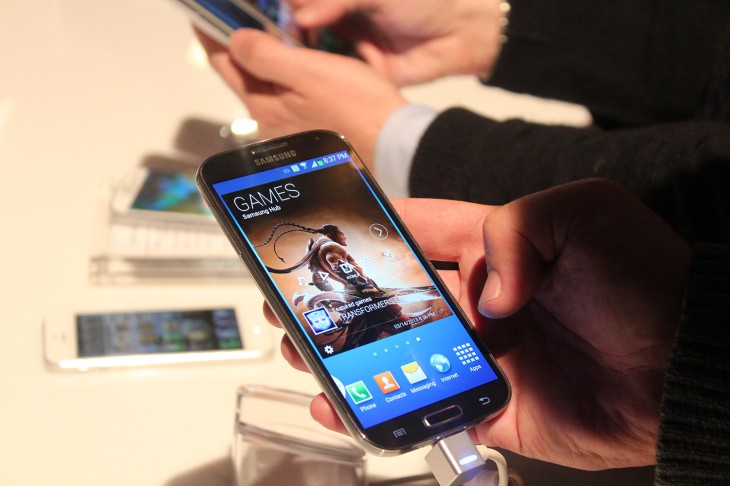 Yesterday, during the Google I/O keynote, Google announced that it had hit 48B downloads of apps on the Google Play Store. During the same keynote, the counter on Apple’s site ticked over to 50B App Store downloads.

But there has been some question about how exactly the two companies tabulate their numbers.

Let’s just skip over the coincidence of announcements for the moment and take a closer look at what those companies actually mean when they announce however many billions of apps downloaded.

A couple of days ago, a great post by Benedict Evans charted the momentum of both the Google Play and App Store markets. He used the figures publicly released by both Apple and Google to see how the relative rates of the stores compare.

Here’s the chart comparing the downloads so far:

So we reached out to both Apple and Google on the matter and you can consider this the canonical answer to that question.

Both Apple and Google tabulate unique downloads of apps per user account. This means that they count only one download of an app no matter how many devices that you install that app on after you purchase it. Neither company counts updates in its app download numbers. These are purely single downloads from their stores.

Both companies told me that they do not count pre-installed apps among their numbers.

Many Android devices come with apps pre-installed that can also be downloaded via the Google Play store, but those do not count towards Play Store downloads. Only apps downloaded from the Play Store with a user account are counted.

Apple’s situation is a bit different as the stock apps of iOS devices are not downloadable from the App Store. Other apps like iBooks, or suite items like Pages, Numbers or iPhoto do count as unique downloads because downloading them is an optional choice made by a user. Apple began promoting a set of ‘free’ Apple apps on the first launch of its App Store for new users beginning with iOS 6. All of those would be counted.

Google says that it is currently seeing download rates of approximately 2.5B downloads a month.

Of note, Apple says that the 50 billionth app downloaded was an offering from net savvy rock band OK Go.