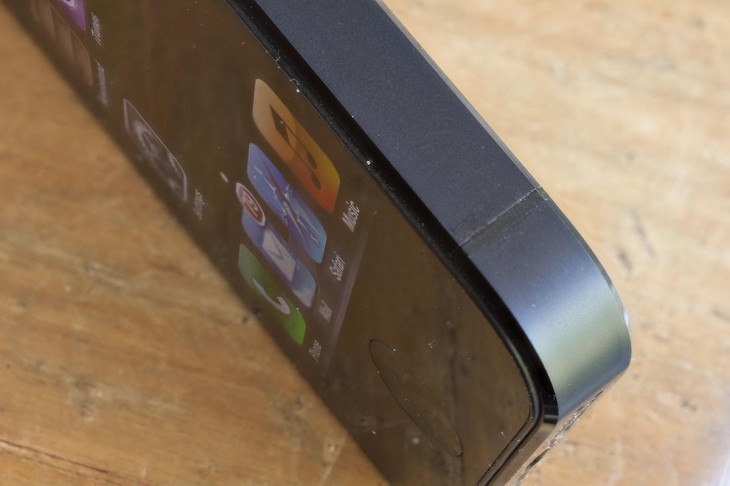 Back in July of 2012, Apple acquired a security company called AuthenTec, a firm that’s involved in fingerprint sensing hardware, Near Field Communication and network security. There was a flurry of speculation at the time about what Apple might be using Authentec’s technology for, including additional security and mobile payments.

And over the past few months, I’ve heard some things on the rumor wire (and so have others like MG Siegler) that Apple had been investigating the use of the tech for both payments and authentication. And that the sensor could make an appearance on a new version of the iPhone later this year.

All of that sounds pretty reasonable, as Apple has been working with Authentec since late 2011 and we know from filings that Apple’s deal was extremely focused on timing concerns. The lead time seems right for its tech to make an appearance, though I don’t have any confirmation that’s going to happen.

However, there’s a third use for Authentec’s hardware that makes me more excited than either payments or authentication security. Specifically, it’s the concept of identification and the lack of multi-user support on the iPad (and iPod, and to a lesser degree iPhone I suppose).

Yes, Authentec’s hardware can be used to read fingerprints for secure payments, and authentication that works in concert with other information for security purposes. But biometrics is a field fraught with pitfalls when it comes to high-security uses. It’s simply too finicky and easy to circumvent if it’s used alone. So there’s likely going to be a bit of work before it’s in common use as part of a payment or secure login flow on a portable device.

However, there is another major arena where a fingerprint sensor could fix a major issue: identifying different users of a single iOS device, and automatically loading their profile.

Now, right up at the front of this I’m going to say that I don’t have any information about whether or not this is something that Apple’s looking into. Beyond the ‘whispers’ that they’ve been testing identification scenarios on iDevices, this is mostly something that I’d like to see happen, rather than something I know is sure to happen.

Specifically, I’d love a fingerprint sensor to be the way that Apple fixes the sad state of multiple users on one iOS device, especially the iPad.

Right now, if a family wants to share an iPad there’s the issue of multiple people on the same iCloud account with all of their various apps cluttering up the homescreen and folders. You can’t have two people using the device at the same time progressing through the same game, because they’re almost all designed to store and sync one user at a time. You can’t have two music libraries for each person using it in the Music app. The same goes for movies, Instapaper queues, Newsstand racks and a lot more.

However, think about this scenario. Dad is using the family iPad to read The New York Times on the couch. He’s about done when little Jimmy comes in and wants to play his favorite game. Dad hands Jimmy the iPad and he swipes the home button in a familiar gesture. The iPad recognizes him and switches to his profile automatically with all of his own apps and none of dad’s sensitive work email or Twitter accounts or what have you is available until dad swipes the home button again.

It’s a slick, clever and very ‘Apple’ solution to the problem of multi-user support on iPad. I’m sure this could be supplemented by a traditional ‘log out and swap user’ interface, but just a handoff and a swipe would be much more delightful and clever.

But why stop with the home button? A recent Apple patent application indicated that it was considering ways to present the scanning window behind the screen, allowing for it to be active under the ‘swipe to unlock’ button and closed when the screen was on. This would mean a simple lock by one owner and unlock by another would ‘transfer’ user sessions.

Now let’s take it a step further, Instead of a fingerprint sensor being imbedded only behind the home button of a device like the iPad, it’s a layer embedded behind the entire bezel that allows a user to simply hand the iPad off and have the another user log in automatically just by grasping the device. Magic.

A side note: Neven Mrgan of Panic made an interesting suggestion about this in conversation last week. If fingerprint ID is something that Apple would give developers access to, it could allow them to register two players in a two-player-on-one-iPad game. That way fingers and swipes could be registered to one user or another.

Currently, most of the fingerprint sensors (including the ones demonstrated by Authentec publicly) require a finger to be swiped across them to read them and the sensors are effectively a type of camera, making spreading them across the whole bezel impractical, but it’s still a cool future-thought.

So, while Apple may have very well purchased Authentec with thoughts of integrating its fingerprint sensors into a payment flow that integrates with Passbook, there’s stilla  lot of refinement and trust building that has to be done there. A more immediate use for it would be simple identification of a specific user.

It would solve an ongoing issue in an elegant and seamless way, and pave the way for future payments integration in one swoop, which seems very Apple.