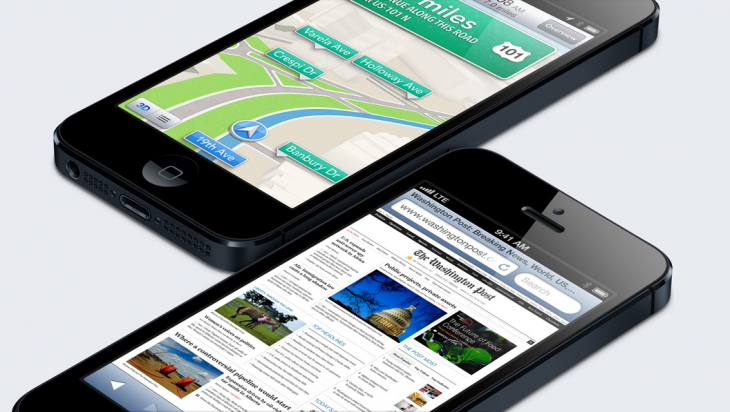 Today during its Uncarrier press event in New York, T-Mobile has announced that it will begin offering the iPhone 5 starting April 12, available on its new 4G network for $99.99 down, plus $20 per month for 24 months.

The company touts that it is the only major US carrier to offer the iPhone with unlimited text, talk and Web without tying it down through annual contracts. Critics will note that the $99.99 deal is in fact a two-year financing contract, but the wireless service does indeed follow a month-to-month plan.

As we observed over the past weekend, T-Mobile claims to offer unlimited 4G access, starting at $50 per month. Unfortunately, these plans range from $50 to $110 in cost, varying based on how much you like having 4G Internet access. The $50 plan includes just 500MB of 4G data, after which you’ll enjoy 2G speeds — which will get you nowhere on many modern sites and services. T-Mobile’s unlimited 4G data plan (for just one phone) will set you back $70 per month.

This is an important day for people who love their iPhone but can’t stand the pain other carriers put them through to own one. We feel their pain. I’ve felt the pain. So we’re rewriting the rules of wireless to provide a radically simple, affordable iPhone 5 experience — on an extremely powerful network.

CEO Legere spoke quite candidly during the company’s press conference, saying: “Here’s the deal: If we suck this month, go somewhere else. If we’re good, stay with us.” Legere emphasized that T-Mobile is hell-bent on a path to flip the carrier space upside down. He started off with statements like “please, stop the bullshit,” before launching into announcements that contracts are going away, and talking up the debut of the carrier’s 4G network.

Update: We’re seeing reports now that the T-Mobile iPhone 5 will be locked, and criticism of this decision is already surfacing. The phones will be unlocked when traded back or paid off.

On its base plan, the total cost of the iPhone and contract over the course of two years (approximately $1,780) is relatively cheap in comparison to competing carriers.

Read next: T-Mobile launches LTE in 7 US cities, with plans to cover 200 million users by year’s end