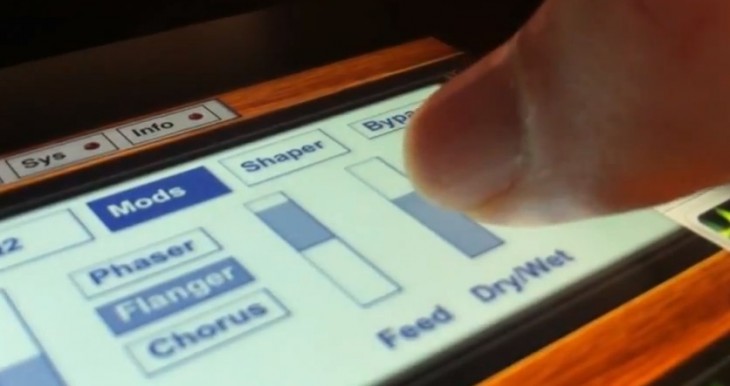 Apple has released an update for Garageband today that brings a surprising bit of functionality. It now supports playing and recording music apps that support the third-party Audiobus API directly into Garageband.

This is interesting on a few levels, not the least of which is that this is a third-party standard that was ginned up to dance around Apple’s in-app communications issues on iOS. The developers of Audiobus created an app and an acompanying API that act as a traffic switchboard that lets music creators pipe in and mix audio inputs from various music applications that implement its API. Because Apple’s backgrounding standards for audio apps are relatively loose, this meant a nearly infinite array of mixing options for people looking to make music ‘live’ on iOS devices.

You can see a video demo of Audiobus here, which demonstrates its capabilities:

And another which shows how it might work to with apps used in concert:

You could trade information and projects back and forth from one app to another without having to use the awkward ‘Open in…’ command that iOS uses now. You could also perform commands using one app’s tools without having to actually open that app. Got an app that processes images as Polaroids? You could tap the icon for the app in the action sheet while viewing an image and have it processed for you instantly without opening the app. These are just a couple of crude examples.

It would certainly address some of the criticism towards iOS when it comes to flexibility and communication between apps.

There is hope that iOS 7 will bring increased interoperability between apps, and seeing Audiobus in Garageband is certainly heartening on that front.

This version of Garageband also allows you to turn of grid snapping when editing notes and regions and fixes a problem with feedback when connecting audio accessories to an iOS device’s headphone jack.

Read next: Google launches Evernote rival Keep for the Web, Android 4.0 and above