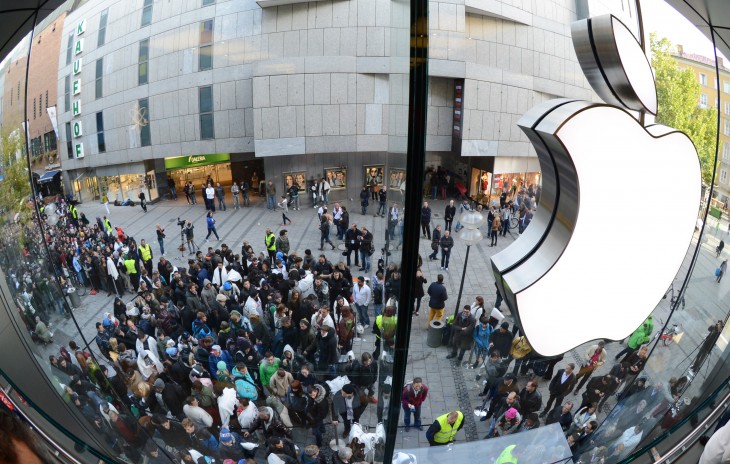 Rumors of a smartwatch currently being developed by Apple continue to gain traction, as both Bloomberg and The Verge shed some light on its current development status and how it will operate in day-to-day use.

Bloomberg has reported that Apple currently has a team of “about 100 product designers” who are working on a new device, similar to a wristwatch, that can perform many of the tasks currently dominated by the iPhone and iPad.

One anonymous source told the publication that the ability to make phone calls, identify incoming callers and check map routes were all under consideration. It would also include a pedometer for counting steps – something Fitbit has become renowned for – and a number of sensors for tracking other health-related data.

The Verge has expanded upon that theory though, claiming that the company has chosen to “rework the full iOS” into the device – often coined the iWatch – rather than work on the iPod nano’s proprietary touch operating system.

It later adds that the design team is being spearheaded by Jony Ive himself, after he ordered boxes of Nike sports watches – which could possibly refer to the GPS watch or Nike FuelBand – for the product designers to examine.

The Verge has uncovered other details though which could be slowing down the development process. Battery life seems to be a key issue, with the current prototype only lasting “a couple days” at most.

Ive would like that extended to at least four to five days per charge, which makes sense given that users could be put off by the thought of charging the watch everyday – one of the simple joys of a traditional watch is that the battery seemingly lasts forever.

It’s unknown exactly how long Apple has been working on the device – of course it’s still unconfirmed and there’s a chance it could be completely fabricated – but Bloomberg has gone on the record to say Apple’s looking to launch it “as soon as this year.”

The evidence to support such a device is growing though. Bloomberg has noted that to date, Apple has filed more than 79 patent applications that have the word “wrist” in it. Today’s rumors also follow reports by the Wall Street Journal and The New York Times from earlier this month; the latter of which claims that Apple is experimenting with a device “made of curved glass” and also corroborates the notion that it will run iOS. Peter Burrows and Adam Satariano at Bloomberg followed a little later, revealing the aforementioned 100-employee figure for the first time.

Apple could use an entirely new piece of hardware to prove to skeptics that even without Steve Jobs, it has plenty of fresh ideas being worked on. Wearable technology seems to be the next obvious step, as both the Pebble smartwatch – funded by Kickstarter – and reactions to Google’s Glass project has shown.

Some of these reports seem to hint, however, that Apple has hit a few roadblocks when trying to create the new device to its notoriously high standards. Nevertheless, its looks like we’ll be seeing an entirely new device from Apple going head-to-head with Google Glass before the year is up.