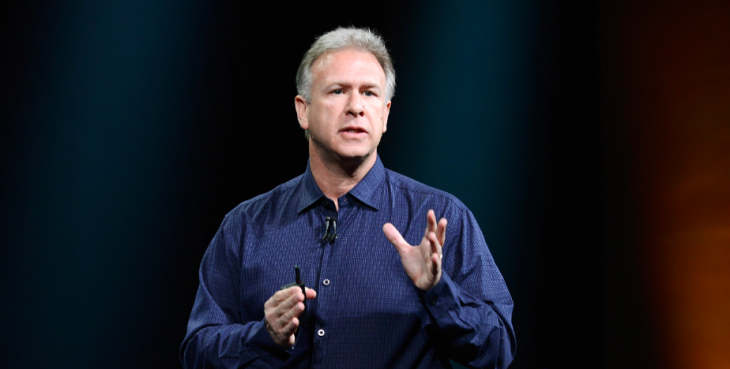 Apple SVP of Worldwide marketing Phil Schiller gave an interesting interview to Chinese newspaper Shanghai Evening News yesterday. In the interview, he directly addresses the rumors surrounding a potential cheaper iPhone, saying that this will ‘never be the future of Apple products’. Updates below.

We have verified with Apple that this was an official interview.

Interviewer Huang Yinlong spoke to Schiller about Apple’s products in China who said that “every product that Apple creates, we consider using only the best technology available. This includes the production pipeline, the Retina display, the unibody design, to provide the best product to the market.”

Obviously, these statements appear to run counter to two rumors, one published in the Wall Street Journal and one in Bloomberg. The Bloomberg report stated that “Apple plans to sell a smaller, cheaper version of the iPhone as soon as this year, said a person familiar with the plans, part of a push to gain customers in developing nations.”

But, note that Schiller’s statements aren’t conclusive in the way that they refer to exactly what price points that Apple will be targeting, only that ‘cheap smartphones’ aren’t really Apple’s fare. This has always been the case and even with the ‘free’ iPhones, you’re still getting top-notch build quality, just from a couple of models ago. A ‘cheap’ smartphone would imply worse materials or construction in order to meet a price point.

Apple will need to make adjustments to its product development process and its marketing strategy in order to make serious inroads in the developing smartphone markets, but how it will do so is an interesting question. The continuous effort to leverage its economies of scale to produce parts that are at the top of the quality chain, but to do so at increasingly lower prices, is where I would look if I was a betting man.

Thanks to Jay Zhao of Ziner for the translation help and to 9to5mac and iDownloadblog for pointing out the interview.

Update: There have been some interesting developments in this story since we first reported on it yesterday. First, a Reuters report on this topic was withdrawn, as it said that the story from its sources had changed materially enough for them not to be able to make the statements about cheap iPhones that they said they were.

Today, Reuters produced another report after the Shanghai Evening News changed its article to remove the section we had translated above and to replace those quotes with different ones.

But in a new version of the story published after the original, the Shanghai Evening News removed all references to cheaper smartphones, except for a mention of a “cheaper, low-end product.” It also amended its original headline from “Apple will not push a cheaper smartphone for the sake of market share,” to “Apple wants to provide the best products, will not blindly pursue market share.”

Apple confirmed the interview had taken place and that it had contacted the Chinese newspaper about amending its original article, but had no further comment and declined to provide a transcript of the interview.

So, at this point it appears that the newspaper may have taken some liberties with its quotes of Schiller’s interview. A new quote from Schiller simply says “Apple has always focused on providing the best products for its consumers, we’ve never blindly chased market share.”

This all still fits well in our original supposition. Namely, that Schiller was not specifically saying that Apple wouldn’t produce a less expensive iPhone, but would stay away from making one that is ‘cheap’ in either build quality or materials.