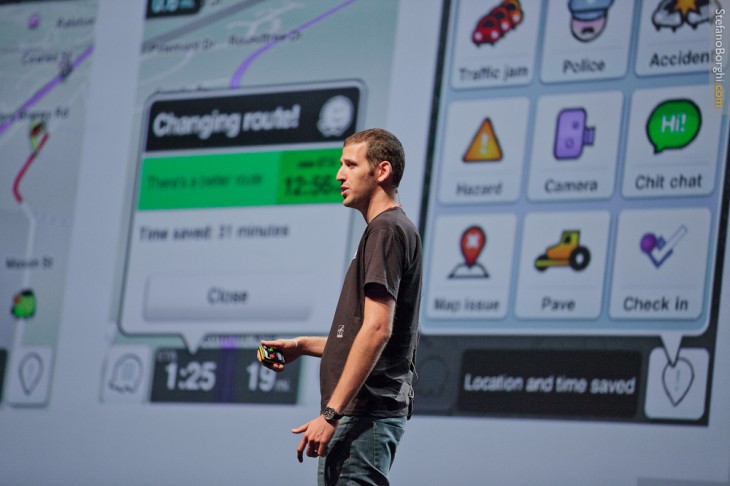 Rumors of the potential Apple acquisition of Waze lit up the blogosphere this week, only to be extinguished the very next day. However, a deal was very much on the table, but the Israeli startup politely declined Apple’s offer.

Update: A source familiar with Apple’s plans tells us that there are, in fact, no talks going on.

It all started when Israeli technology website Newsgeek published a report (almost immediately corroborated by TechCrunch) stating that Apple had tabled a $500 million bid for Waze. It looked like Apple would be grabbing itself a valuable source of data to improve its much-maligned iOS 6 Maps app.

However, less than 24 hours later, CrunchFund partner and TechCrunch contributor MG Siegler noted that while the two companies may have entered talks, the deal was, in fact, not happening. Siegler was light on detail, moving only to pour a bit of cold water on the original report.

The fact is, both reports had elements of truth in them; Apple was interested in buying Waze, but was a long way off what the Israeli company believed it was worth.

While it has been reported that Waze was holding out for $750 million, multiple sources have told us that the company was valued around $200 million in its last funding round, and current investors were aiming for a higher price, somewhere nearing $1 billion.

Waze politely declined the offer, and the deal is definitely off – at least for now.

Our sources also tell us that Waze has received more than one acquisition offer in the last year, but has declined them all, as it looks to build something big and not look for a quick exit.

We were also told that Waze has held a number of closed-door meetings in the past few months discussing its future, highlighting the company’s desire to build the company, boost its (currently ad-supported) revenues, and even pursue the idea of an IPO.

While Waze has an impressive user base (20 million at last count and said to be nearing 30 million), the company has still not found a way to adequately monetize its product, or build a scalable business model to profit from.

If the company does intend to go public, it doesn’t appear to be the most obvious path, especially when you consider how some of the more recent tech IPOs have fared.

For Waze to become successful as a company and go public, it would need a large and growing userbase (which it admittedly has), and a working business model. A licensing deal to power some of Apple’s mapping features might be the start of that, but as it stands, it falls short.

If Waze can’t get there, the only remaining option for the company’s investors to get a good return on their investment would be to find the partner who benefits from its technology or its other assets the most, and sell the company for a larger sum.