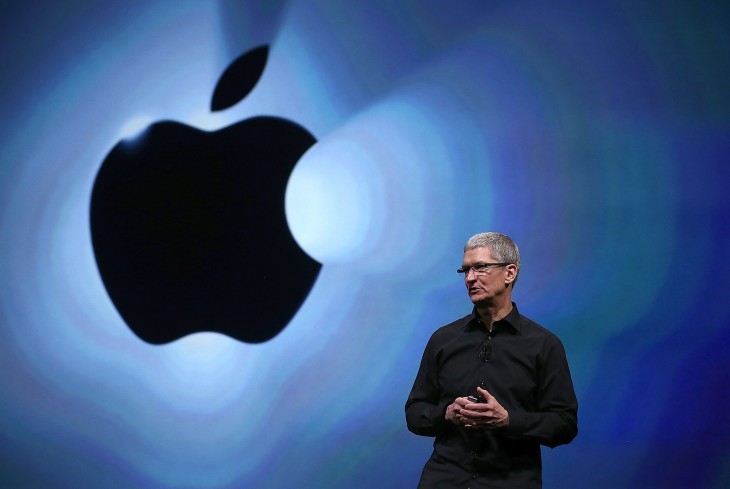 Consumer electronics giant Apple today filed documents with the SEC in preparation for its annual shareholder meeting, which will be held at the company’s HQ on Wednesday, February 27, 2013.

According to the filing, Apple CEO Tim Cook’s compensation totaled a mere $4,174,992. That may seem tiny, considering Apple’s $480 billion+ market cap, but there’s a reason for it.

When Cook was appointed CEO in August 2011, Apple’s board granted him 1 million in restricted shares (RSUs) as a promotion and retention award (worth about $376 million at the time).

Update: So yes, it’s not really fair to compare the RSU award from last year to Cook’s total compensation this year and call it a 99 percent drop like others did, but we figure our readers are smart enough to know that.

Anyway: due to the size of the RSU award granted when Cook was promoted to CEO, which will vest over the next decade, Apple’s Compensation Committee did not grant him another one in 2012.

Just FYI: that’s the same year in which Apple became the most valuable publicly-traded company ever (not counting inflation).

And it’s also worth noting that Cook’s base salary was actually increased from $900,000 last year to $1,400,000 in 2012. But, as Apple itself puts it: “Mr. Cook’s target cash compensation remains significantly below the median for CEOs of peer companies.”

The base salaries for other senior Apple executives – CFO Peter Oppenheimer, SVP of Technologies Bob Mansfield, SVP and General Counsel Bruce Sewell and SVP of Operations Jeffrey Williams were increased to $800,000.

Another tidbit worth noting:

“The Company exceeded the maximum performance goals for both net sales and operating income set by the Compensation Committee for 2012.

Accordingly, each executive officer received the maximum payout of 200% of base salary under the performance-based bonus plan.”

The total compensation for the four senior Apple executive offices, other than CEO Tim Cook, in 2012 thus totaled:

Fifty percent of the awards are scheduled to vest in June 2013, and the other fifty percent in March 2016, subject to each of their continued employment with the company of course.