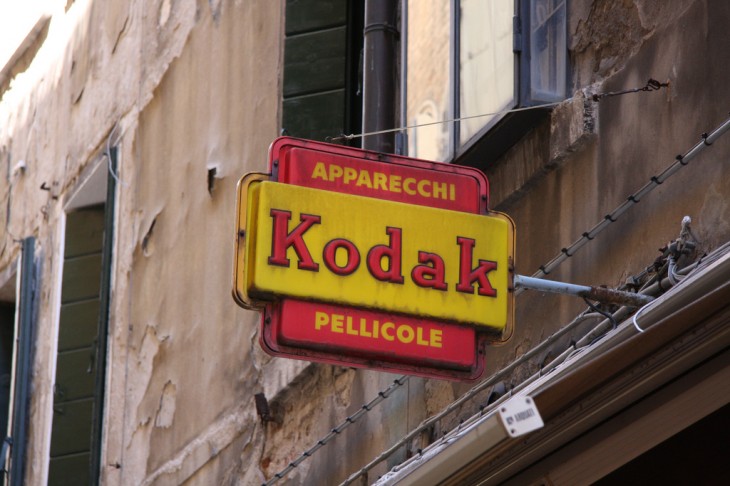 After months of posturing, struggling photographic firm Kodak has announced that it has sold its digital imaging patents to Apple and Microsoft-backed Intellectual Ventures and RPX Corporation — a consortium backed by Google, LG and HTC for $525 million.

In a statement, Kodak says that it will receive the money from 12 intellectual property licensees organised by Intellectual Ventures and RPX Corporation, granting them licensing rights to Kodak’s digital imaging and other patents.

The 12 licensees include Apple, Google, Samsung, HTC, Faceboook, Fujifilm and Microsoft and other technology giants including RIM, Adobe, Huawei, Amazon and Shutterfly which have combined in their respective consortiums to help Kodak recover from its recent bankruptcy. The company notes that the “monetization of IP assets further builds on its momentum toward a successful emergence in the first half of 2013.”

For Kodak, the deal enables it to focus on its commercial imaging technology, an area where it believes it has “significant competitive advantages and strong growth prospects.”

In February, the company announced it would stop making digital photo and video cameras, focusing on its printing business as it looked to “drive sustainable profitability through its most valuable business lines.” While, ceasing production and sales of its digital cameras, pocket video cameras and digital picture frames, Kodak said it would also look to expand its licensing business.

Today’s announcement is the finalisation of negotiations that have spanned as far back as July, when we reported two parties — Intellectual Ventures and RPX Corporation — were looking to place a bid. The figure is less than originally predicted, but Kodak is in no position to argue.

It’s not the first time that tech giants have pooled resources. You may recall the Rockstar consortium that brought Apple, Microsoft, RIM, Ericsson and Sony together to fight over the remains of assets previously owned by Nortel.

Selling its patents, Kodak has agreed to drop patent litigation against the buyers — most notably Apple — reducing Kodak’s legal costs as it seeks to return to profitability.