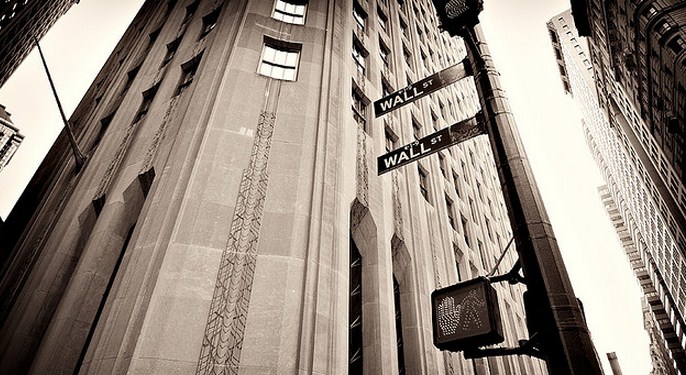 Gene Munster has a target of $900 for Apple’s stock, which is a touch awkward today as the company shed 6.43% of its value, to settle at a valuation of a mere $508 billion. It’s almost below the half trillion mark, which would place it in company with a wealth of riffraff firms such as Microsoft, and Google.

Is Gene wrong? It’s fashionable to think that Apple’s stock is overpriced, given its staggering run over the past few years. However, there is reason to believe that the easing in its value isn’t based on fundamentals.

Here are the Piper Jaffray analyst’s key views, condensed by TNW, and quoted via CNN:

The margin change will likely dampen retail investor speculation in the stock, and could cause smaller owners to pull shares. That’s minor. The public perception about the move by COR Clearning is likely more impactful than action itself.

Apple is trading at a multiple of 12 times its earnings. It is also enormously cash rich. Doing some simple math, if you extract Apple’s cash from its valuation and reapply the PE ratio, the firm is trading at a mere 9.4 times earnings. That’s hardly frothy.

However, most key to the day’s selloff appears to be a report from Digitimes. Oh yes, those guys. Here’s a different article from CNN:

The sell-off may not just have been about the margin requirement talk though. One trader pointed out that Digitimes. a well-respected industry publication, was reporting slower demand in the first part of next year.

Oh, really? Munster has a take on this, which I’m sure surprises you:

Digitimes Article Appears To Be Misinterpreted. A Digitimes article from today suggests that iPhone 5 is selling well based on comments from wireless chipset providers and seems to suggest upside to the Street’s 43-45 million estimate for December. In the same article, Digitimes is suggesting a 20% q/q decline in Apple’s demand for parts and components in March. We believe this 20% decline is to be expected coming off of a launch quarter and do not believe it is an indication of how units might trend in March. As an example, if Apple ordered 52 million iPhones from the channel in December and 48 million are sold, that implies a 4 million unit channel fill and 41.5 million units ordered from Apple in March. That would mean 44.5 million units would be available for sale in March, which would mean our 43 million iPhone estimate for March is well within the range of probability.

I’ll leave that for you to come to terms with. I’m not going to referee between outspoken investors and an analyst.

However, the gist to the situation is that Apple’s core businesses are strong, and the market is pricing Apple as if its every ounce of future growth is spent. If you think that Apple will grow its earnings by more than 12% of so in the next year, you are all but implying that it has been overcorrected.

At the same time, something in motion tends to stay in motion unless acted upon. Heading up, Apple was a rocket, and now in the other direction it has been carrying weight, despite the firm having an incredibly strong set of products heading into the lucrative holiday season.