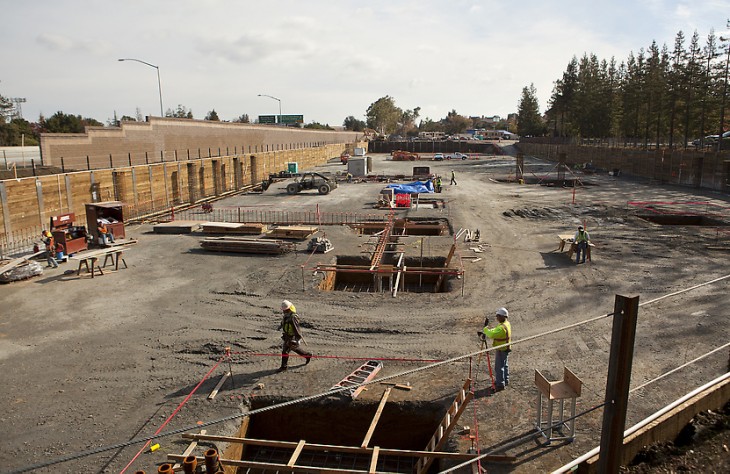 With its extravagant ‘Spaceship’ campus delayed until 2016, Apple is now expanding into Santa Clara — its third city, along with Sunnyvale (as of 2011) and Cupertino — for a new, “custom-tailored” two-building campus that will house approximately 1,200 or more employees.

Apple has not detailed if these new campuses are temporary, but Mercury News states that “Apple had insisted on short-term leases in the three-to-five-year” timeframe, but ended up with “7-to-10-year leases.” This makes the situation a bit cloudy, as the building is apparently “build-to-suit for Apple,” which suggests that the company plans to stay there for the long run, instead of leaving town as the ‘Spaceship’ campus is completed.

The two new buildings will reportedly both be six stories tall, the first of which will occupy 188,000 square feet for a “mid-2014” completion. The second building, Mercury News reports, has yet to break ground but will be about 108,000 square feet.

These two buildings pale in comparison to Apple’s 2.8 million square foot ‘Spaceship’ campus, which was first presented by Steve Jobs to the Cupertino City Council in 2011, and will eventually hold more than 12,000 employees. Nevertheless, Apple is clearly overflowing, and the city of Santa Clara likely doesn’t mind hosting the company within its city limits one bit.

For more on Apple’s ‘Spaceship’ campus, head here and here.

Read next: Syria goes dark after all international Internet connectivity is cut in the country [Updated]