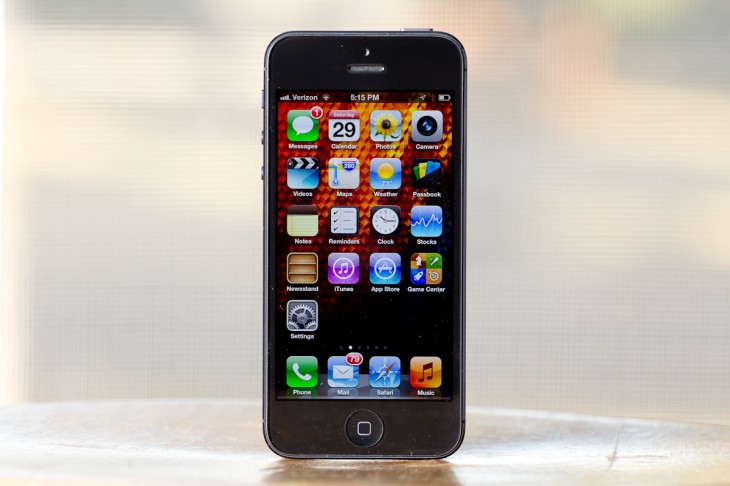 Users have begun reporting that rapid diagonal swipes of the iPhone 5 and iPod touch 5th generation can cause the screen to stop responding to touch input. Despite the fact that this is a rare and unusual swiping motion, it does raise concerns for developers and gamers.

The behavior was noted by game developer CMA Megacorp in a post on Twitter and followed by a video from Recombu that displays the issue occurring on multiple devices including the iPhone 5, but not the iPhone 4S. Rene Ritchie at iMore tested several devices and found that the iPhone 5 and iPod touch 5th gen were the only ones that exhibited the problem, and that it was independent of whether they were running iOS 6.0.1 or other versions.

We’ve verified that the issue exists on our iPhone 5, which is running iOS 6.0.1. But, since the issue occurs on iOS 6.0 devices as well, it’s possible that this is due to Apple’s tweaks to make the iPad mini reject accidental thumb touches. But, since the input tweaks are likely in action on the iPhone 4 and 4S as well, it seems unlikely.

But another common thread between these two devices is their touch screen hardware.

Both of them use the brand new in-cell touch technology that combines the digitizer and touch panel and laminates them to the front glass. This is the first time years that the same exact screen has been in the newest iPod touch and newest iPhone at the same time, so it seems likely that whatever is causing the issues is due to the in-cell tech.

The question at this point is whether the issue is caused by the way that iOS is reading the touch inputs from the screen or whether it’s due to the hardware itself. Obviously, software would be the best outcome, as it could then be corrected by Apple in a future release of iOS.

The minor skipping or freezing issues on ultra-rapid swiping is not going to affect regular users much, if at all. For game developers, however, it definitely could be seen to be an issue. Some titles like Fruit Ninja, for instance, rely heavily on rapid diagonal swiping, and could end up frustrating users if the problem manifests itself badly enough.

Apple’s iOS 6.0.1 update fixed a graphics glitch that many had been seeing which produced lines across the software’s keyboard. If this is a software issue as well, a similar fix could be incoming.

We’ve reached out to Apple to see if they have any comment on the issue and will update the post if they reply.