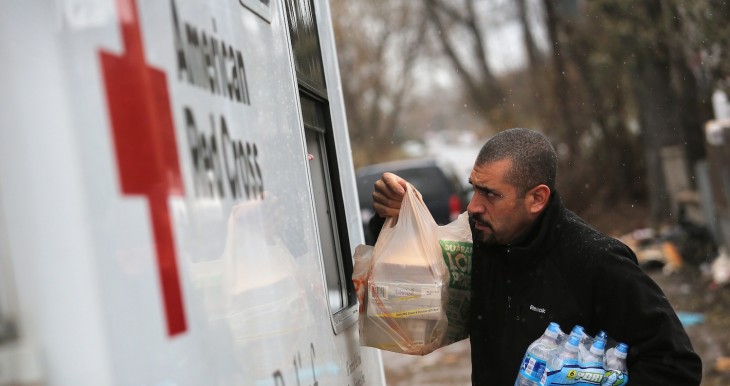 Continuing with his relatively recent decision to embrace philanthropy, Apple CEO Tim Cook has sent out an internal memo to employees announcing a $2.5 million donation to the American Red Cross. The memo, via MacRumors, was published by 9to5Mac.

Cook explains that Apple’s donation, made on behalf of its employees, is intended to benefit Hurricane Sandy relief, to help the affected “families, businesses, and communities recover and rebuild.”

The sizable donation is certainly something Apple should be proud of, but it’s also worth noting that Samsung Electronics North America donated $3 million to the same cause. Competition, even in philanthropy.

In addition to Apple and Samsung, many startups have contributed in various ways to help Sandy victims, including Airbnb and Foursquare.

Read next: What is 'infinite storage' anyway? A chat with Bitcasa CEO Tony Gauda [Video]