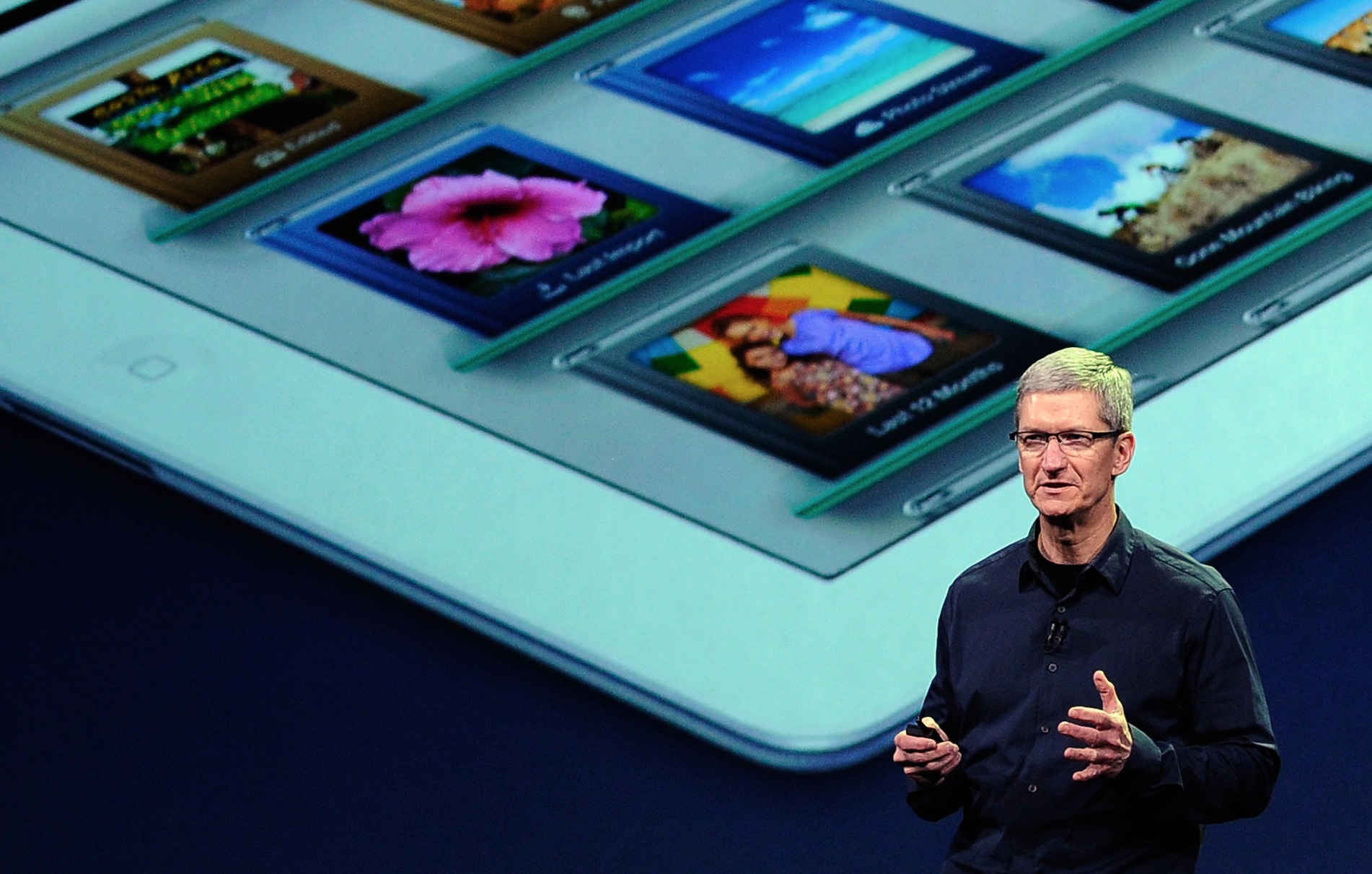 During today’s Q4 earnings call, Apple CEO Tim Cook said that Apple would never make a 7″ tablet. This was in response to questions about the iPad mini’s similarity in size to 7″ tablets like the Google Nexus 7.

Apple founder Steve Jobs famously made reference to 7″ tablets and said that they weren’t the way to go, which is why the iPad ended up being 9.7″. “We would not make a 7” tablet, said Cook. “We don’t think they’re good products and we would never make one.”

“The iPad mini has the same number of pixels as the iPad 2. You have access to all 275,000 apps that are in our App Store that have been designed to take advantage of the full canvas,” Cook went on. “iPad mini is a fantastic product and isn’t a compromised product like the 7″ tablets. It’s in a whole different league.”

During the iPad mini announcement earlier in the week, Apple’s Phil Schiller emphasized many of the same points, along with explanatory graphics that showed the difference in surface area between the two screen sizes.

During an October 2010 earnings call, Apple CEO Steve Jobs famously addressed the idea of it making a smaller tablet with derision:

If you take an iPad and hold it upright in portrait view and draw an imaginary horizontal line halfway down the screen, the screens on the seven-inch tablets are a bit smaller than the bottom half of the iPad display. This size isn’t sufficient to create great tablet apps in our opinion.

Well, one could increase the resolution of the display to make up for some of the difference. It is meaningless, unless your tablet also includes sandpaper, so that the user can sand down their fingers to around one quarter of the present size. Apple’s done extensive user-testing on touch interfaces over many years, and we really understand this stuff. There are clear limits of how close you can physically place elements on a touch screen before users cannot reliably tap, flick or pinch them. This is one of the key reasons we think the 10-inch screen size is the minimum size required to create great tablet apps.

Jobs was famous for misleading competitors through offhand comments, like the ones he made about not watching video on tiny screens before Apple introduced an iPod with video capabilities.

Still, Cook’s comments make some sense, as Apple’s iPad mini ended up being 7.95″, rather than 7″, which makes a real difference when it comes to usability.

Read next: Secretary of Defense Panetta calls for lame duck action on cybersecurity