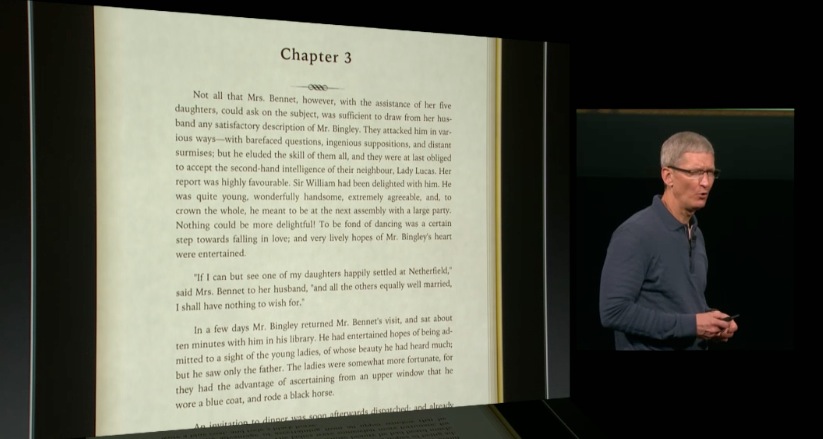 Apple held an event at the California Theater in San Jose today, where it announced iBooks 3.0. iBooks 3.0 includes better iCloud support, sharing, continuous scrolling and over 40 languages. The new version of iBooks will be available today.

We had heard from our sources that iBooks would be a focus at today’s event, and mentions of iBooks 3.0 were discovered in iTunes listings over the weekend.

At an education-focused event at New York City’s Guggenheim Museum, in January Apple announced the debut of iBooks 2, a “new textbook experience for the iPad.”

Apple said that traditional textbooks are expensive, physically cumbersome and prone to becoming obsolete. Whereas an iPad is interactive, searchable and can be updated. But while the iPad is portable, durable and searchable, it lacks content. To that end, Apple’s iBooks 2 will be its “new textbook experience for the iPad.”

At the event, Schiller told the audience that “Kids are getting smarter thanks to their tablets, whether they’re older and studying for finals or kids playing a Dora game.”

Prior to announcing iBooks2, Schiller announced that there are currently 1.5 million iPads in use in education and over 20,000 education and learning applications built specifically for the iPad. iBooks 2 is, of course, available free today for the iPad, you can download it on the App Store.